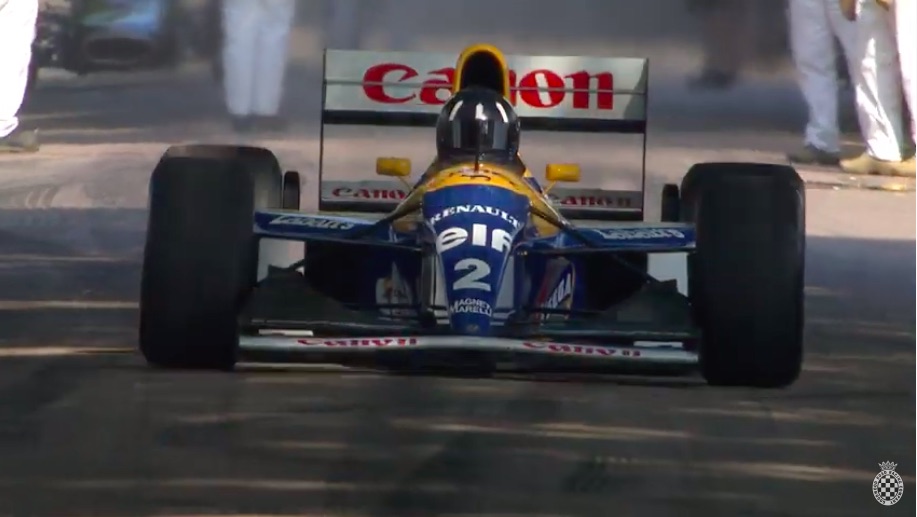 If there is one thing that defined Formula One for a generation of people like me when I was a kid, it was the sound. These were the race cars that sounded like none other. I could hear small engines making some noise on road courses in America when I watched IMSA or IndyCar/CART but damn, these things were otherworldly. I’ll be honest, when I was a kid it took a second to embrace that sound. An ear piercing kind of noise that just didn’t seem to be capable of coming from an internal combustion engine. There’s a reason for that and it was the fact that I never knew one could rev to about 20,000 RPM and not have parts hitting the Sea of Tranquility when they fell down.

Therefore with that statement and those memories, I am going to declare that the 1990s had the best sounding Formula One cars in my lifetime. The 3.5L V10 in this car made something like 780hp naturally aspirated and yes, it was turning 20,000(wish) RPM during its heyday. Damon Hill is in the car for this trip up the landmass that shares the same nomenclature as his surname.

To us, a run like this is not about the speed, it’s about bringing people back to those days when this was “the formula”. Obviously the pinnacle motorsport on Earth has advanced since then. The KERS system came in and all of the other insane technology that these cars now possess. But back in 1993? Hot damn they sounded good.