Italian Muscle: The Iso Grifo Is The Perfect Mix Of American Guts And Italian Looks (Video) 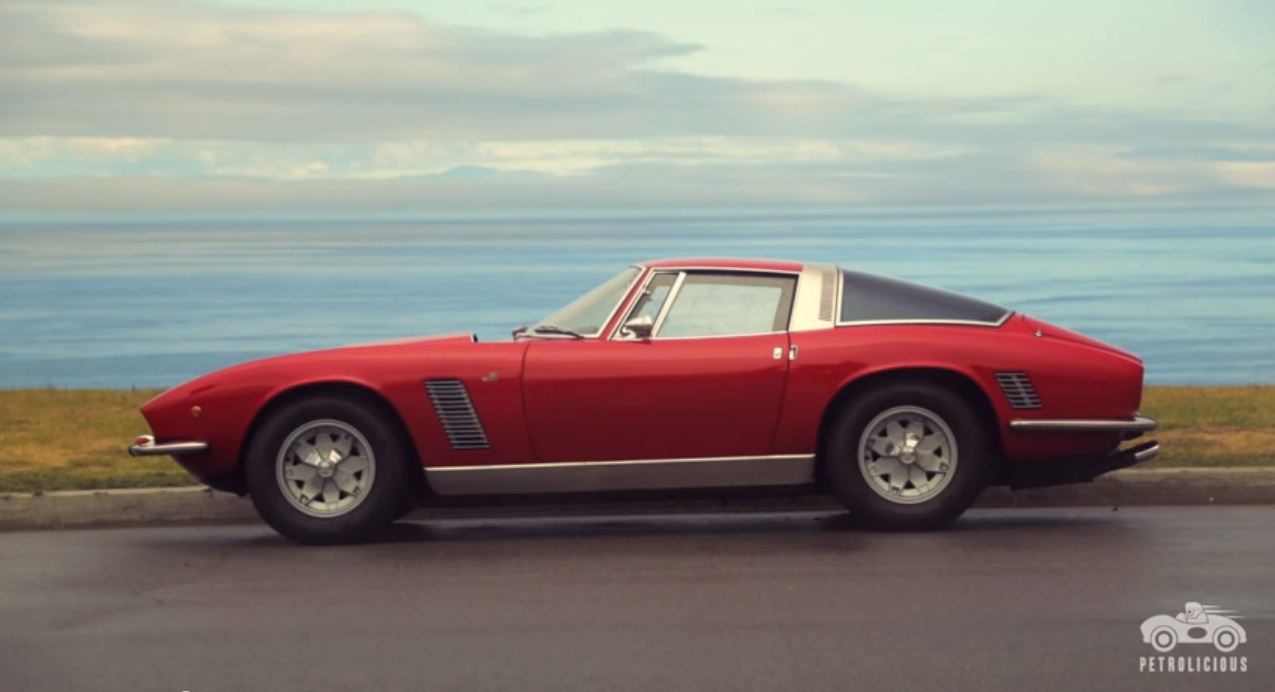 European chassis combined with American grunt has been a popular and entertaining combo since the days of Sydney Allard jamming Chrysler Hemis and Cadillac V8s into his English sports car chassis. Obviously the Shelby Cobra is an example of an iconic version of this combo but there is one rare car that did it with more style and class than any other. No, not the Facel Vega. We’re talking about the Iso Grifo, baby! This Petrolicious video profiles an Iso and its owner who dearly loves the car and spent years saving up to chase it down. Iso was a company that made motorbikes, scooters, and microcars. So how did they get involved in coming up with one of the most sexy and cool cars of the 1970s? From one of those micro-cars believe it or not. The Iso brand created the Isetta and after selling it and licensing it on their own for a couple of years, they sold everything to do with the Isetta to BMW for a huge sum of money and turned their attention to building cool grand touring cars.

The Grifo was the second of third high performance cars produced by Iso at this time and they went all the way with it. Having already experienced success using Chevrolet drivetrain components they stuck with those and mated them to a great chassis that was anchored by a DeDion rear suspension, Koni coil overs, in board brakes, and a big anti-roll bar. Up front it was most of the same. Dual a-arm suspension with adjustable Koni coil over shocks, combined with another big sway bar. The thing went like stink and handled like a GT car should. It also had amazing looks with its long nose and short deck design. There were a total of 412 Iso Grifos ever made and they are pretty highly prized today.

As you will hear the guy in the story talk about, people get nervous seeing him drive the car around, especially the ones that know how rare and valuable it is. We dig his attitude that he owns the thing to have fun in not to stare at. Also we had to chuckle when he mentioned the car needed to be repainted at some point because it looks better than anything we do or ever will own. There must be a stone chip inside the wheel well or something. Anyway, this baby looks and sounds fantastic.

Goodguys Autumn Get Together 2014 Coverage: The Car Corral, Cool Stuff, And Signs You Are At A California Car Show Ken Kelley's 1956 Ford F-100 Is Fat In All The Right Places, Just Like An Effie Should Be And Now It Is For Sale

2 thoughts on “Italian Muscle: The Iso Grifo Is The Perfect Mix Of American Guts And Italian Looks (Video)”