Morning Symphony: It’s A Twin-Turbo, All-Wheel-Drive 1971 Chevelle That Puts Down About 1000 Horsepower In France! 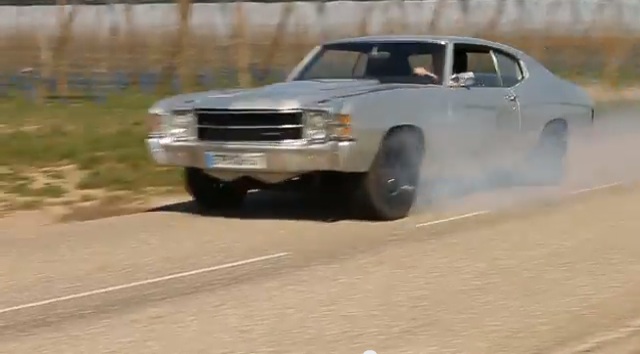 Matting the throttle on a big-power muscle car is a riot for all of the right reasons: loud noises, mosquito-fogging levels of tire smoke, and you save your local DOT money by repaving the roadway in fresh rubber. It looks cool and it’s awesome to do, but the reality is that if you’re legitimately into racing even in the least, it’s not doing you any favors. There’s a reason why all-wheel-drive cars have a fan base: it’s because they can go from stationary to damn, that’s a fast Subaru in very short order and with very little drama. But when it comes to American cars, very few tended to embrace it. The most notable all-wheel-drive that appealed to the muscle crowd were the 1991-93 GMC Syclone/Typhoon twins, which packed a 280hp turbocharged V6 and all-wheel drive. The blacked-out trucks were capable of embarrassing many vehicles on the road when they came out. 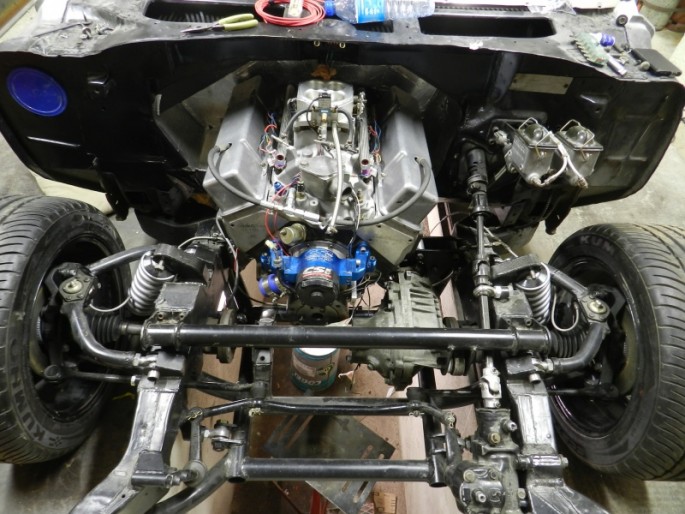 But what about adapting all-wheel-drive to older muscle? It might sound sacrilegious to some, but somewhere in France, Alex, the owner of this 1971 Chevelle, did just that. Using a Typhoon’s front differential, a NP149 transfer case, and a 12-bolt out back, the Chevelle is a legit all-wheel-drive surprise for anybody who comes across it. Powered by a twin-turbo 355ci small block that drinks E85 and lays down about 1,000 DIN horsepower at 14psi of boost, this is one exceptionally nasty Chevy. The heavy A-body can rip 0-62 MPH in 2.7 seconds, a time that will screw with the heads of supercar owners.

And we heard from the builder of this machine:

“This was a 9 month project. I really wanted to put all my power to the ground as it was very difficult to compete with 600hp super cars despite 1000+ HP engine. Now the Chevelle is a lot of fun to drive, super safe even on wet pavement.

I built a special coupling between the 4L80E and the NP149 (in order to rotate it and improve ground clearance). The female input shaft of the NP149 has been resplined to match the bigger shaft of the 4L80E.

The engine moved back a lot, the throttle body center (replacing the carb) is at the fire wall now. It also moved a bit to the passenger side..

One thought on “Morning Symphony: It’s A Twin-Turbo, All-Wheel-Drive 1971 Chevelle That Puts Down About 1000 Horsepower In France!”