Ride Along Video: Jim Pace Hauls The Mail In A Porsche 962 At Road Atlanta! 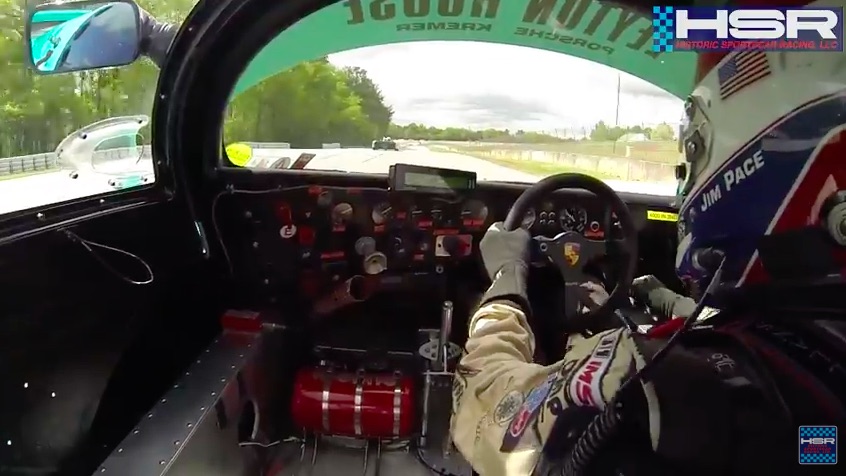 As a kid, I LOVED the IMSA GTP series. There were exotic looking cars, exotics sounding drivers from all over the world, and the best road courses in the country were their playgrounds. In this video we get to live out some of those IMSA GTP fantasies because our adopted house road racing killer Jim Pace hauls the mail in a Porsche 962 at Road Atlanta. This car has a flat six engine and depending on what the configuration it is running in the thing is boosted by a single or twin turbos. One thing we do know is that the car is blindingly fast and Pace is in full command, chewing up and spitting out some of the weaker machines on the course down in Georgia.

There were 91 examples of the 962 built by the German company. 16 of them were used as factory works cars in both IMSA and the World Sports Car Championship series (with slightly different engine combos for both) and 75 were sold to private buyers who went and raced them on their own accord. Derek Bell, one of the best sports car racers of the last 50 years racked up nearly two dozen wins in 962s during a period between 1985 and 1987. The cars aged really well and there were 962s still competing at a front running level all the way into the early/mid 1990s. That’s like centuries in race car years!

This video was made on a practice day at Road Atlanta before the famed “Mitty” HSR vintage sports car race. That’s why you’ll see a variety of cars on the course. The benefit for those of us riding with Jim is the fact that we get a great sensation of the car’s speed and power as he passes people hard enough to peel the paint off the sides of their race cars!

Press play below to ride along with Jim Pace as he wheels a Porsche 962 in Atlanta!

Money No Object: 1971 Pontiac GTO - Simpler Is Better, Right? This Is What A Truck Driver Looks Like - A Cool, Calm, and Calculated Logging Road U-Turn

One thought on “Ride Along Video: Jim Pace Hauls The Mail In A Porsche 962 At Road Atlanta!”