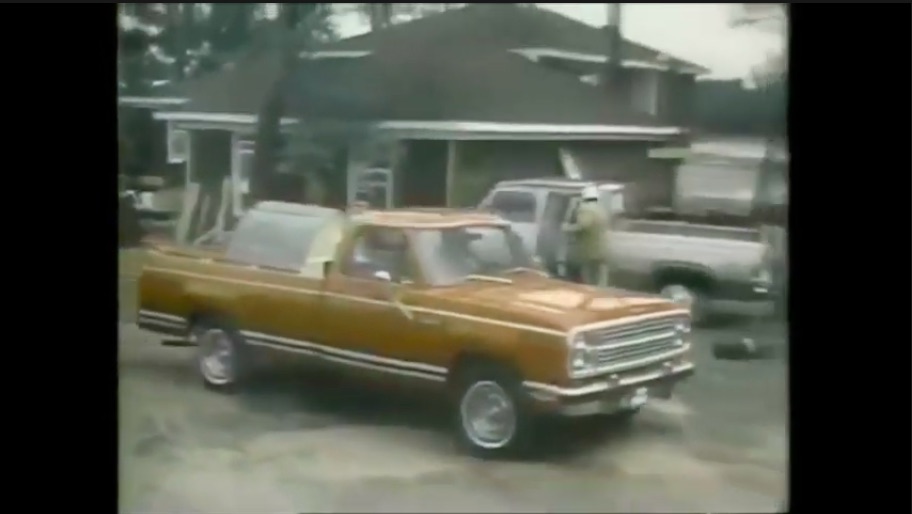 Here’s a fun cross section of the automotive advertising world circa the late 1970s and into the very early 1980s. We always love comparing some of the things that the manufacturers were doing back in the day to advertise their products. For instance the 1979 Dodge truck ad is very traditional. Show the truck, show it moving some stuff, show it shined up and working. The 1980 Ford F-150 ad is way different. That ad shows what seems to be 100 F-150s driving slowly in a massive back around the Hallett road course in the rain. We’re not sure what the messaging was supposed to be from that one.

The last two are interesting only because they are both “foreign” brands from America and were considered, at least one of them anyway, the pinnacle of a foreign luxury car. No, we don’t mean Opel. We’re talking about the Mercedes wagon ad that you’ll watch below. The way they sold that car was not on a litany of options and packages but rather by showing the large wagon gracefully arcing its way back and forth across the screen and then showcasing the storage room that it has.

The Opel ad? Classic 1970s. Weird jingle, fever dream visuals, and a car that’s definitely not as good as the pitch.