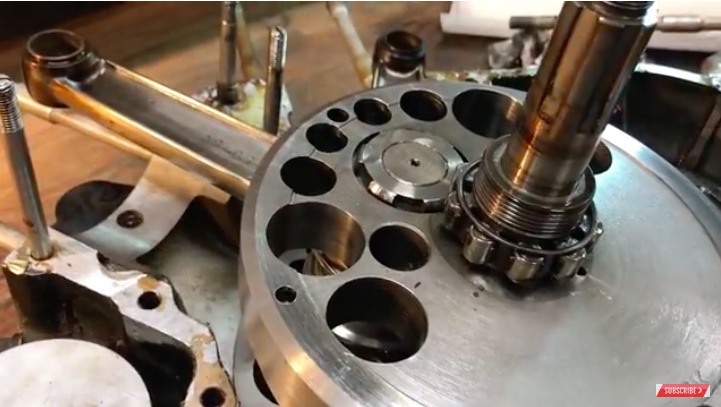 There are engines that seem to transcend time and space. Engines that are larger than the sum of their parts and hold an aura over gearheads for seemingly unending numbers of decades. One of those engines is the big V-twin that was used to power the Vincent Black Shadow motorcycle which was the most bad ass motorcycle in the world of a long stretch of time in the 1950s and 1960s. Extremely valuable, pretty rare, and effectively mechanical jewelry, there are fewer and fewer guys on Earth who really know these engines. In this video we see two older gents taking their time and pulling this one apart, all the way down to splitting the case open to get the crank out and stuff.

This is not a video with effects and wild editing. This is just like standing in the shop with these two experienced wrenchers doing that they do and have done for a zillion years. If you have been fortunate enough to stand shotgun while an old guy works with caring hands on a piece of machinery like this, remember how lucky you are. No stress, no rushing, no forcing stuff. Just doing things the right way, handling the parts with care,and generally dropping knowledge bombs all over the place, it is the best.

So sit back, relax, and watch the Vincent Black Shadow engine give up age old secrets at the hands of two experienced mechanics.

Small Town Car Show Photos: How Does A Town This Small Have This Many Hot Rods? Watch What Happens When The Rear Axle Effectively Rips Out Of A Brazilian Drag Chevette