Leno’s Garage Looks At Five Of The Greatest Highway Patrol Cars Of All Time – Which One Is Tops? 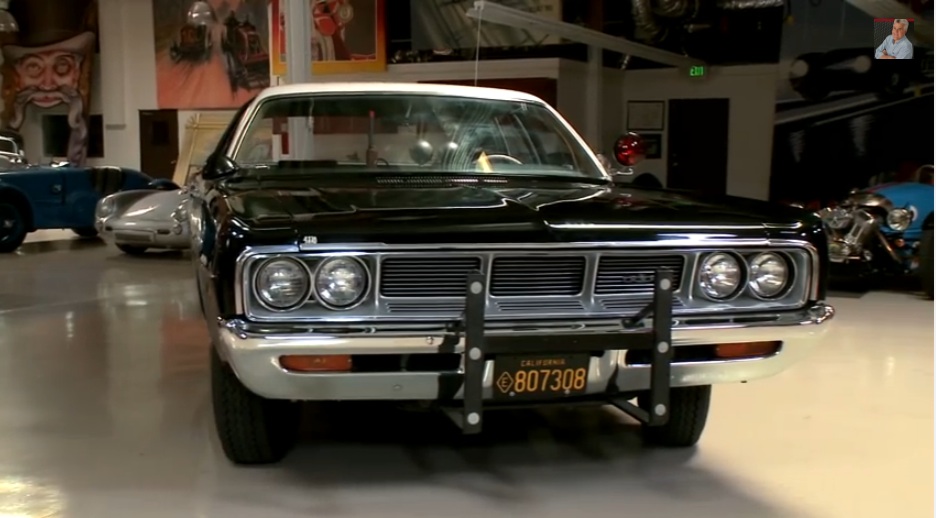 Hot rodders have always had an odd respect for highway patrol cars. We means to say that “cop cars” have an aura about them that to some level actually extends well beyond what they are actually capable of. As we have all come to know by this point, the typical “advantages” a police car has these days over regular cars lie in the cooling, braking, and durability areas. Because their service life includes long periods of idling, occasional long full throttle blasts, and the infrequent blast over curbing and other obstacles, the large radiators and high quality tubing are necessary to keep things from boiling over. The brakes are usually upgraded because the cars themselves are laden down with radio equipment, bullet proof shielding on some, and other equipment that means more weight and by virtue of that, more brakes are necessary.

Jay looks at a “new” Explorer Police Interceptor which is OK but the coolest part of the video is when he takes a detailed look at four classics from the CHP fleet. From the Fox Mustang, to the 1966 Polara to the 1970 Mercury, a 1969 Polara with a 440, and a Crown Vic. These were all cars used by the California Highway Patrol so there are some notable “legendary” cars like the 9C1 Caprice, Camaro police car model, and some of the other ones that we know and love. It is interesting to hear the older guy who used to run the highway patrol talk about the cars…especially the Mercury which gets panned big time. The Polara is the hero of the bunch by a lot. The retired officer tells Jay that officers used to fight over getting into the Polara.

In typical Jay Leno fashion, they fire up the cars and hit the road to give driving impressions of the various beasts. This is a neat video!

6 thoughts on “Leno’s Garage Looks At Five Of The Greatest Highway Patrol Cars Of All Time – Which One Is Tops?”