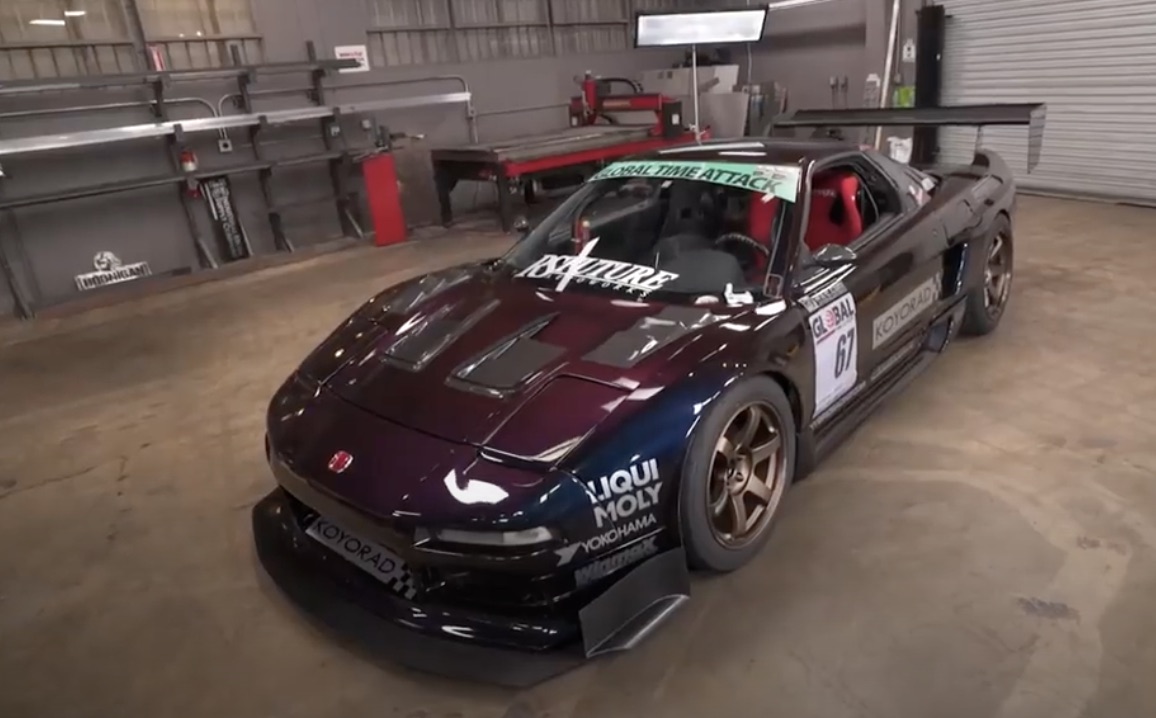 The Acura NSX is the most non-Honda product the company ever made. Basically, Honda showed Ferrari how to build a sports car that wasn’t a tempermental little bitch to deal with on a daily basis. They had Aryton Senna involved with the development program and he didn’t spare the rod when creating this baby. The end result was the first all-aluminum body car that was packing a 3.0L V6 with VTEC. That’s it. Okay, in 1997 the engine got a bump to 3.2L in size, but that’s it. And there’s nothing wrong with that! An NSX is a great car. Gordon Murray, the man who was responsible for the McLaren F1, owned and cherished his, claiming it as the greatest thing since sliced bread.

This NSX looks like the car you win in a race in a video game. The huge wing, the front splitter situation, those wheels and the livery…it’s legit. This machine is a time attack car. Dog box transmission, a 9,000 RPM redline, and a Honda K-series four-cylinder providing the grunt. Think about how many wicked four-banger Hondas there are out there. Now think about how many built Honda V6s you can name off that aren’t stuffed into an F1 car. See the reasoning yet? If not, wait until you hear this machine in action. You’ll get it then.

How Smokey Yunick (Almost) Beat 'Em All At Talladega With This Boss 302 The AG-330 Start Cart: When You Need To Fire Off The Mother Of All Hot Rods, Bring Out The Big Guns