The AG-330 Start Cart: When You Need To Fire Off The Mother Of All Hot Rods, Bring Out The Big Guns 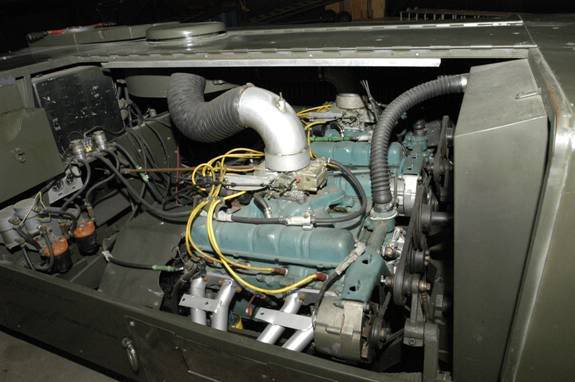 The Lockheed SR-71 Blackbird’s legend as the fastest aircraft ever created to date can’t be denied by anyone. The exotic-looking, twin-engined reconnaissance aircraft routinely could fly three times past the speed of sound and well past 80,000 feet above the ground. If a Blackbird was to fly today, it would still be as wicked and as cutting-edge as it was on April 25th, 1962, when it’s predecessor, the A-12, took off from Area 51 on it’s maiden flight. The skin stretched during flight, it leaked fuel on the ground, and it was extremely delicate for ground-handling duties. Technicians had to be careful how they approached the Blackbird, so as to not damage it.

Delicate isn’t a word that could be used about the SR-71’s starting procedure, however. In later years, the Blackbird was started pneumatically, but prior to the 1980s, the task fell to the AG-330, one of the most infamous pieces of ground support equipment to ever grace a flightline. The AG-330 Start Cart was necessary to fire off the SR-71’s Pratt & Whitney J58-1 turbojets. In order for the engines to start to function on their own, they had to be spun up to about 3,200 RPM before the engine would run under it’s own power. Two start carts were needed for one aircraft to wake up. Connected via a gearbox, the AG-330 was connected to a driveshaft that went into the J-58-1’s starter pad. Once the engines were at 3,200 RPM, the engine was hit with a shot of triethylborane (TEB), a chemical that ignites with oxygen, to fire it off.  The first generation start carts utilized two Buick 401 Nailhead V8s that were completely uncorked to get the engines fired off, and around 1970 Chevrolet LS-7 454s took over the role.

Yes, pneumatic starting was quieter. But let’s be honest: the AG-330 system was perfectly appropriate and didn’t need to be changed. When starting up a Mach 3+ aircraft involves four big-cube V8s shrieking at the tops of their lungs, it almost seems fitting, doesn’t it?

3 thoughts on “The AG-330 Start Cart: When You Need To Fire Off The Mother Of All Hot Rods, Bring Out The Big Guns”