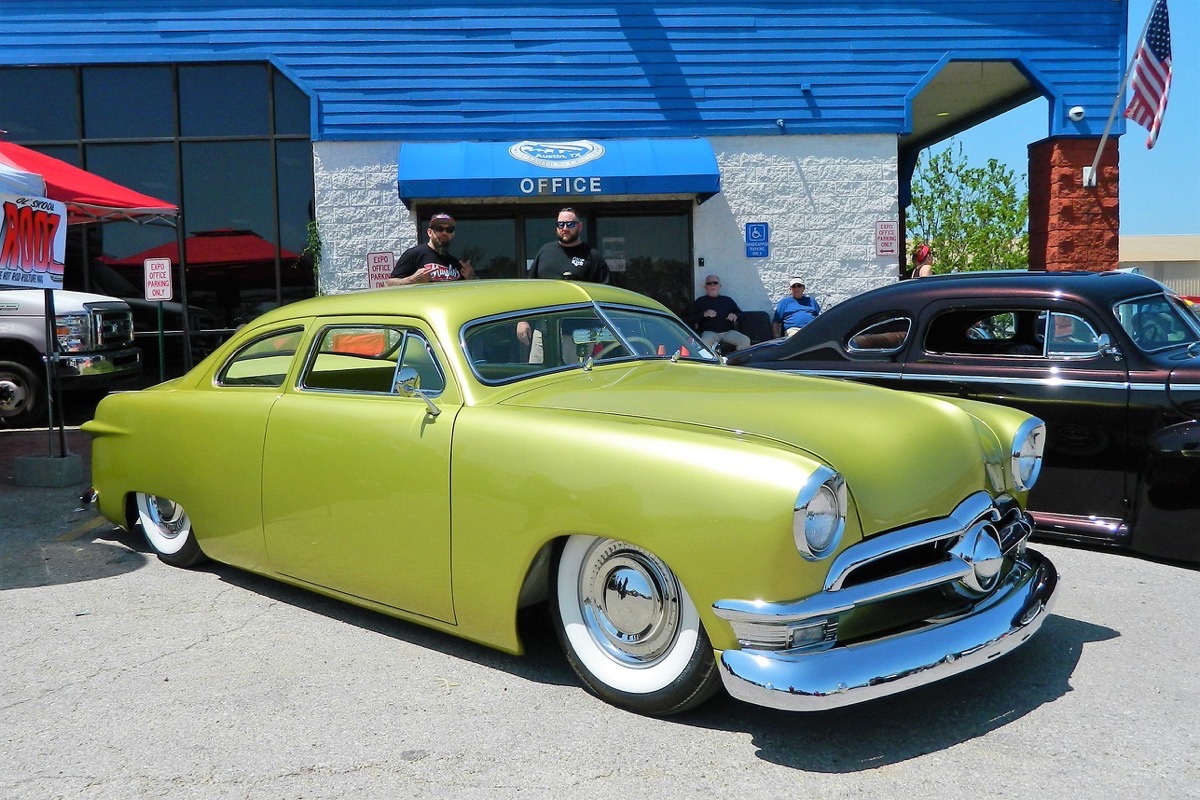 (Photos by Charles Wickam) – Yesterday we took you to Top Notch Burgers as part of coverage of the 2019 Lonestar Roundup and today we take you right into the belly of the beast at the show. One of the things that amazes us about car culture is how people of different generations connect to certain periods in history and really hold them tight. Most of the cars you will see in this (and following) galleries were not built by old guys who were “there” when these looks were new. Nope, they were built by people who have been captured by the beauty, the culture, and the scene of hot rodding that existed years (and in some cases decades) before they were born. We see the same thing happening with muscle cars right now. Guys that were not there want a piece of the history and culture.

Ultimately this is what the hobby of hot rodding needs to survive and thrive so we are thankful but there is an irony starting to happen where age cutoff dates for the entrance of cars into a show are further and further away from the age of the participants that it is interesting. Again, we’re not taking a shot at that stuff, just recognizing it.

Viva Las Vegas 2019 Photo Coverage: More Cars, More Crazy, More Cool! Watch Jader Krolow Use All The Wheel And Every Inch Of Track To Run 6.60s at 218 In His Brazil Based Nova!