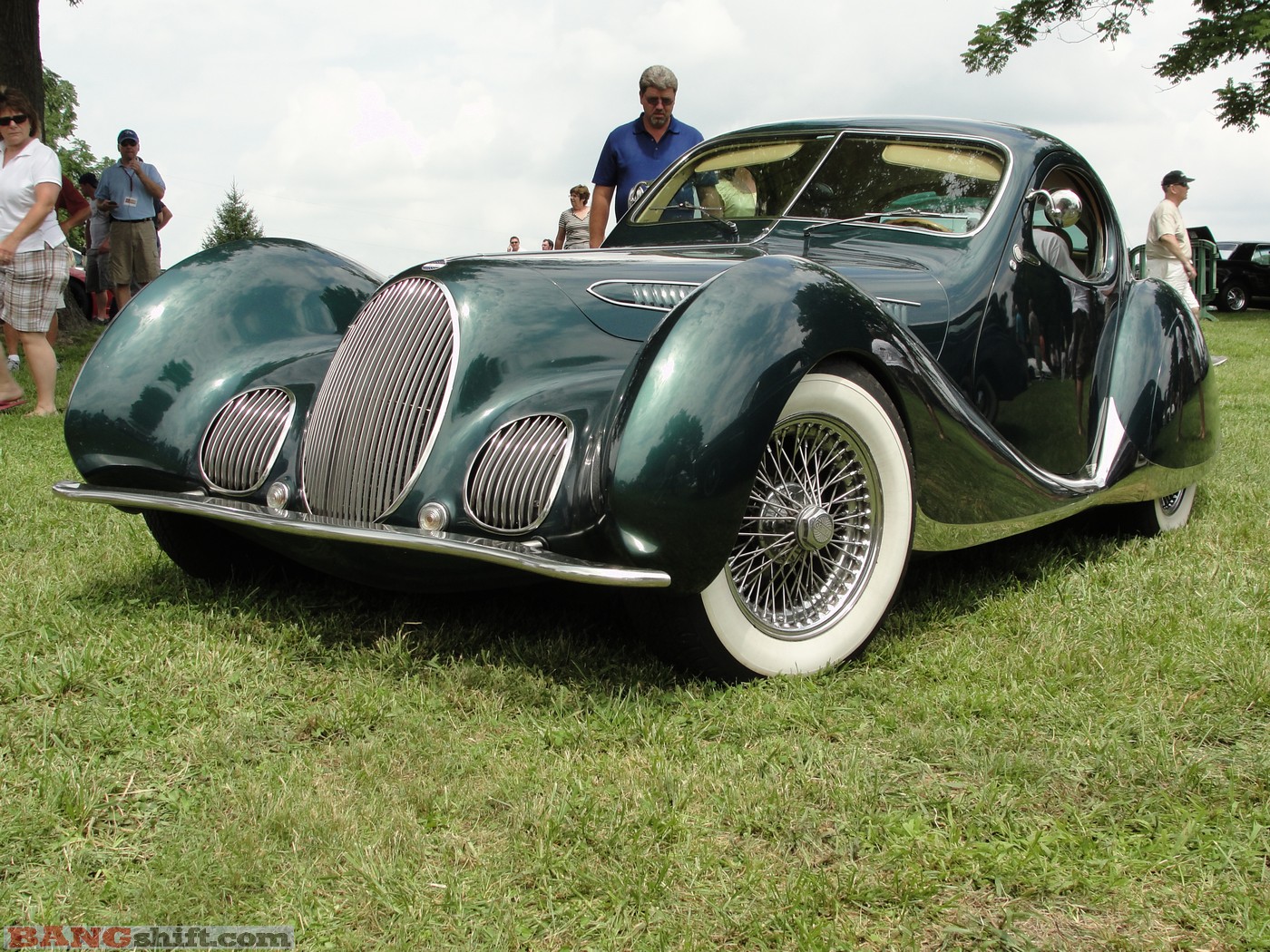 (Words and photos by Doug Gregory) – This is the only previous Keeneland Concours in which I can find a significant number of pictures.  Why am I bringing this stuff out…?  Because I think many liked the coverage of this year’s event and I want to show some of the stuff we’ve seen previously.

The first car is a 1938 Talbot Lago SS teardrop coupe.  Why does that matter…?  It is generally considered to be the most-beautiful car ever built.  From an artistic standpoint I really can’t argue with that label.  The next vehicle is the only Helicron (circa 1932) in existence.  Built in France it now lives in Tennessee and is part of a relatively small fraternity of air-driven cars.  It does run and drive.

An old Jaguar six might be one of the most-attractive engines ever put in a production vehicle.  There were several Porsches in attendance, but my favorite is the 930 slant-nose though the 356 is a real close 2nd.  This DMC is an actual prop from the second movie and not a fan replica.

Alfa Romeo was the showcased marque of that year’s Concours and several authentic racing versions were gathered in the center of the show.  Lexington has local racer with an Alfa Spyder that converts race fuel into sweet noise with regularity.  The couple owning  that car (not pictured) have attended every SCCA Solo II National Championship and have been instrumental in the Concours for several years.

Lots of cool stuff to learn and gawk at if you take in one of these events.

Most of you are going to want to check out the 2nd installment of this look back at 2011.  That stuff is right down the Bangshift alley.

One thought on “Retro Car Show Coverage: This Look Back At The Kneeland Concours Contains Incredibly Beautiful Cars!”