History Lesson Video: This Look Back At The Lineage Of The Lincoln Continental Line Is Really Interesting 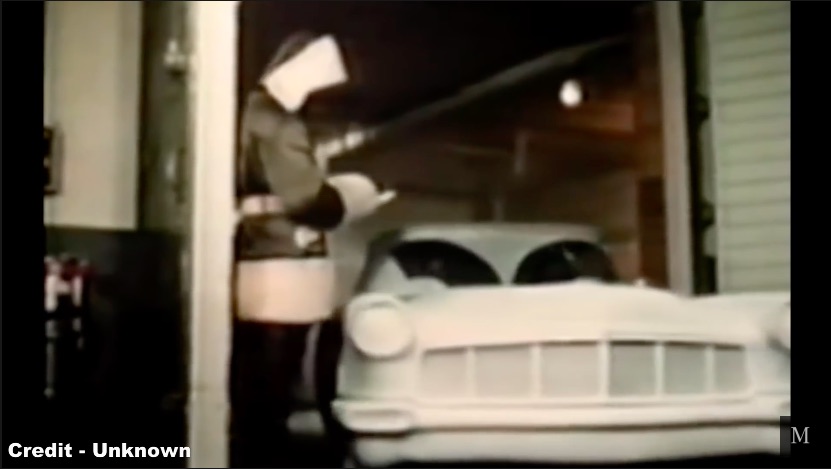 The Lincoln Continental is one of those nameplates that means many different things to many different people. My kids see a Mk VIII and think “hey, that’s kind of of a neat car!” I see a Mk VI and think, “I knew a kid in high school who owned one of those suckers and it was cool to cruise the beach in it” We’re guessing lots of readers default to thinking about the whale-sized Continentals of the 1970s as their default models and the real aficionados out there think of the 1950s Mk II as the likely pinnacle of the car’s existence. Either way, the name means something to most every gearhead out there.

This video is cool as it takes us through the genesis of the Continental, describes and illustrates Ford’s large gamble on making a world class luxury car, the ill-fated call to actually make an entire division around it, and how the rocky start didn’t go as planned.

One thing that we caught ourselves recognizing that we never did before was some of the design cues in the early 1950s model that came off of the late 1940s machines. The lines are more crisp, clean, and cool but there are some good subtle hints in there of where the car came from.

This is good stuff right here!

Another Lowered Square Body Suburban I Totally Wish I Owned! Buy This One And Tell Me How Awesome It Is, Please! Big Wind: This 427 LSX Build Is Topped With A 10-71 Blower! Full Build, Dyno Testing, and Bizarre Application Here