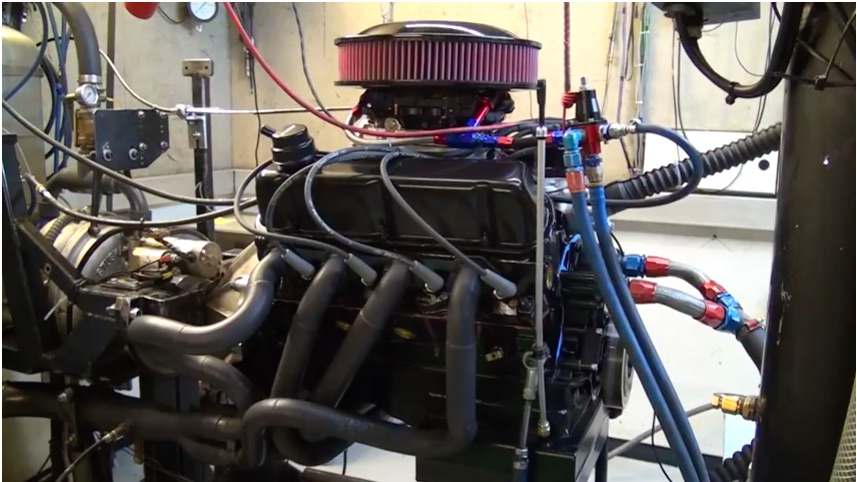 When we saw the video below of a little 289 Ford V8 built to FIA vintage racing specs, we figured hearing the Ford small block sing to 7,500 RPM would be a fun exercise in mechanical music. We got a little bit of a surprise when the dyno pull started with respect to the noise that the engine was making. Why? This little guy is equipped with 180-degree headers! You can see a couple of the pipes crossing under the oil pan and you can certainly hear the difference between this setup and a typical situation with two headers and collectors. Some love the 180-degree header sound and others have no use for it at all.

So what’s the advantage to these complicated things? They help the low and mid-range torque of engines like this 289 because of their awesome scavenging abilities. By running the pipes in the optimal configuration to scavenge, the engine can breathe better and therefore make more power. The 180-degree name of the headers does not come from a reference to their shape or layout but rather because the firing pulses of the engine are hitting the collector every 180-degrees.

Watch the video below – This Ford 289 has 180-degree headers and sounds different!

ARP Says: Read The Instructions! The Best Fasteners In The World Need Proper Installation Watch Eddie Hill's Insane Wreck From NHRA Sonoma 1997 - He Was Back At The Track The Same Day!

6 thoughts on “Love It Or Hate It? This Ford 289 Has 180-Degree Headers and Sounds…Different”