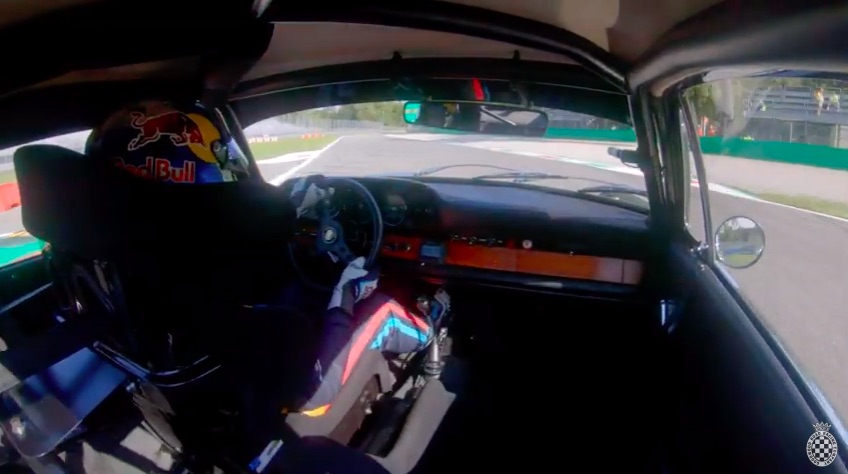 An Italian race track, a German car, a British driver. As it turns out, that’s a magical combination for making a killer video and we bet that you will agree with us after seeing the footage below. The car is a 2.0L Porsche 911 racer, the track is Monza the iconic facility in Italy, and the diver is Andrew Jordan who is a British Touring Car Championship racer and the man who claimed the championship in that series back in 2013. This car does not behave like this BTCC entry, in fact it does not behave anything like a modern race car and that’s likely how he enjoys it. Sliding this car around and being fast is art and Jordan seems to have a masters degree in the subject.

The best part of this video for us is that we see a car that is not equipped with paddles, advanced technology of an kind, or the types of things that exist in modern racing, no matter the series. Here we see a pure race driver doing what race drivers have done for 100 years. He is using incredible footwork, amazing hand and eye coordination, and an equal dose of guts to get the most out of this car. It is one thing to be drifting a car on purpose or to be throwing it around, it is another thing to be using the machine to the most of its ability and walking the line between being totally in control and being right on the ragged edge.

We have to imagine that this is the kind of fun modern racers really love to have. The only telemetry is his rear end and what the guys in the pits have discerned form watching his laps.

Oh, and by the way, he qualified in P3 after this effort.

Is Honda Getting Ready To Release A Supercharged V-Twin Motorcycle? It Sure Looks That Way Incredible: The 1973 AMC Hornet That Time Forgot Is Up For Sale - 36,000 Miles, Appears Brand New!