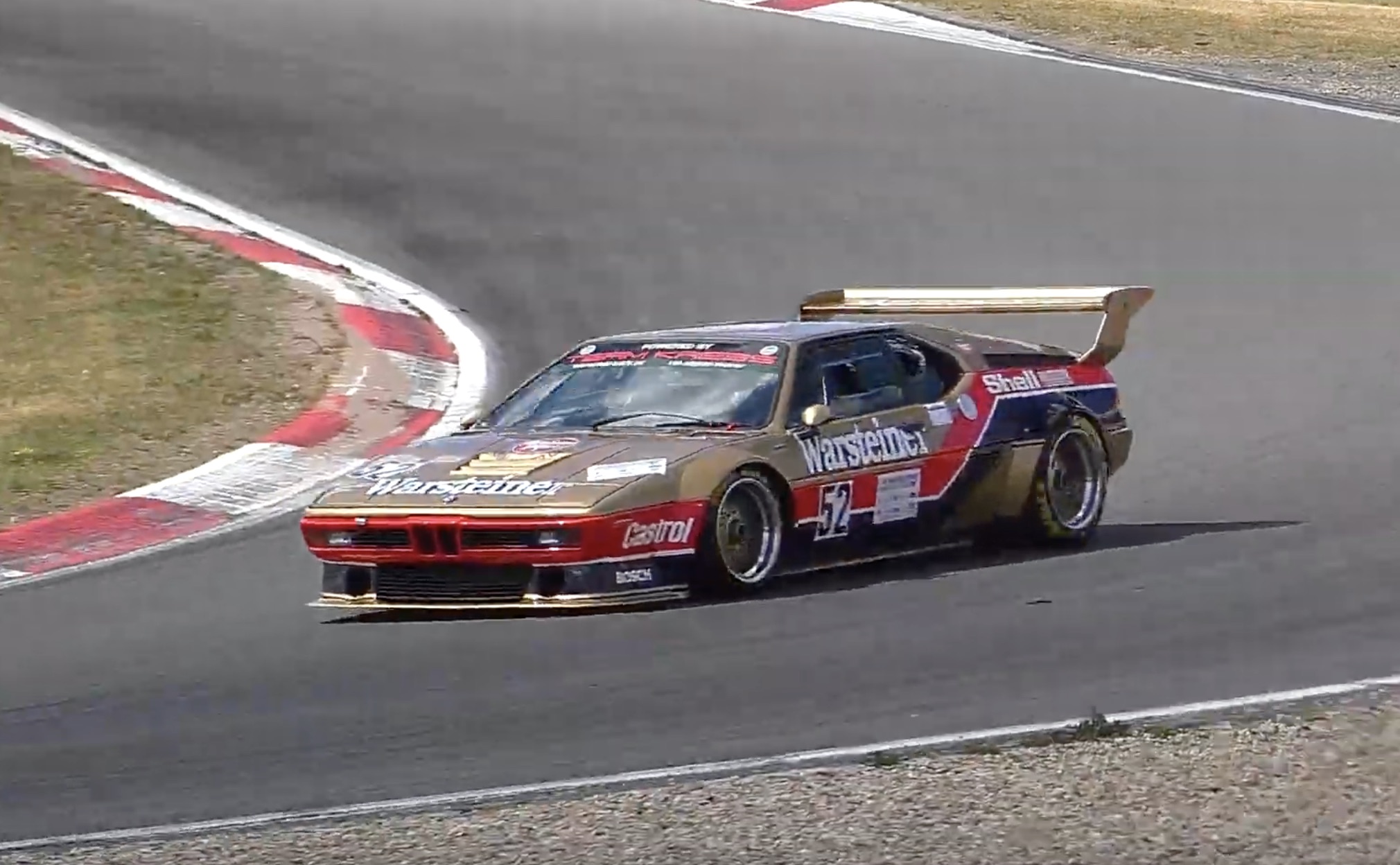 Of all the adjectives I could use to describe a BMW, “beautiful” and “pretty” aren’t in the mix. Sorry to any BMW fans whose feelings might be stung, but there is only one BMW that has earned that moniker for me: the M1. Originally intended to be a joint build with Lamborghini, BMW took the whole project in-house after Lamborghini’s financial issues caused BMW to act. Lamborghini had sunk tons of money into the Cheetah military prototype and had lost their ass when the 318 Chrysler-powered machine failed to secure a government contract. By 1978, Lamborghini was in bankruptcy and BMW, realizing that Lamborghini probably wouldn’t be able to assemble any more prototypes or the production vehicles, brought it all back home. The cars were powered by a 3.5L straight-six that was injected and good for 470 horsepower at 9,000 RPM. Weighing just over a ton, the M1 ProCar would scream to 193 MPH and would rip 0-100 KM in 4.3 seconds, stout performance for 1979.

But the noise they make…ungodly. While the M1 itself looks like a mix of Lamborghini Urraco, BMW 5-series and Lotus Espirit, the noise sounds less M1 and more like F1…they have a very pleasant shriek to them in the upper RPM limits, and at lower RPMs that noise turns into the traditional BMW straight-six growl. In the mood for a funky German/Italian mashup that doesn’t involve spaghetti and bratwurst? You’ll be happy you gave this one a shot!

In Memoriam: Rod Hall - The Desert Racer Has Headed Down The Track One Last Time Holley Hot Rod Reunion 2019: Friday Afternoon And That First Blast Of Nitro In The Face!