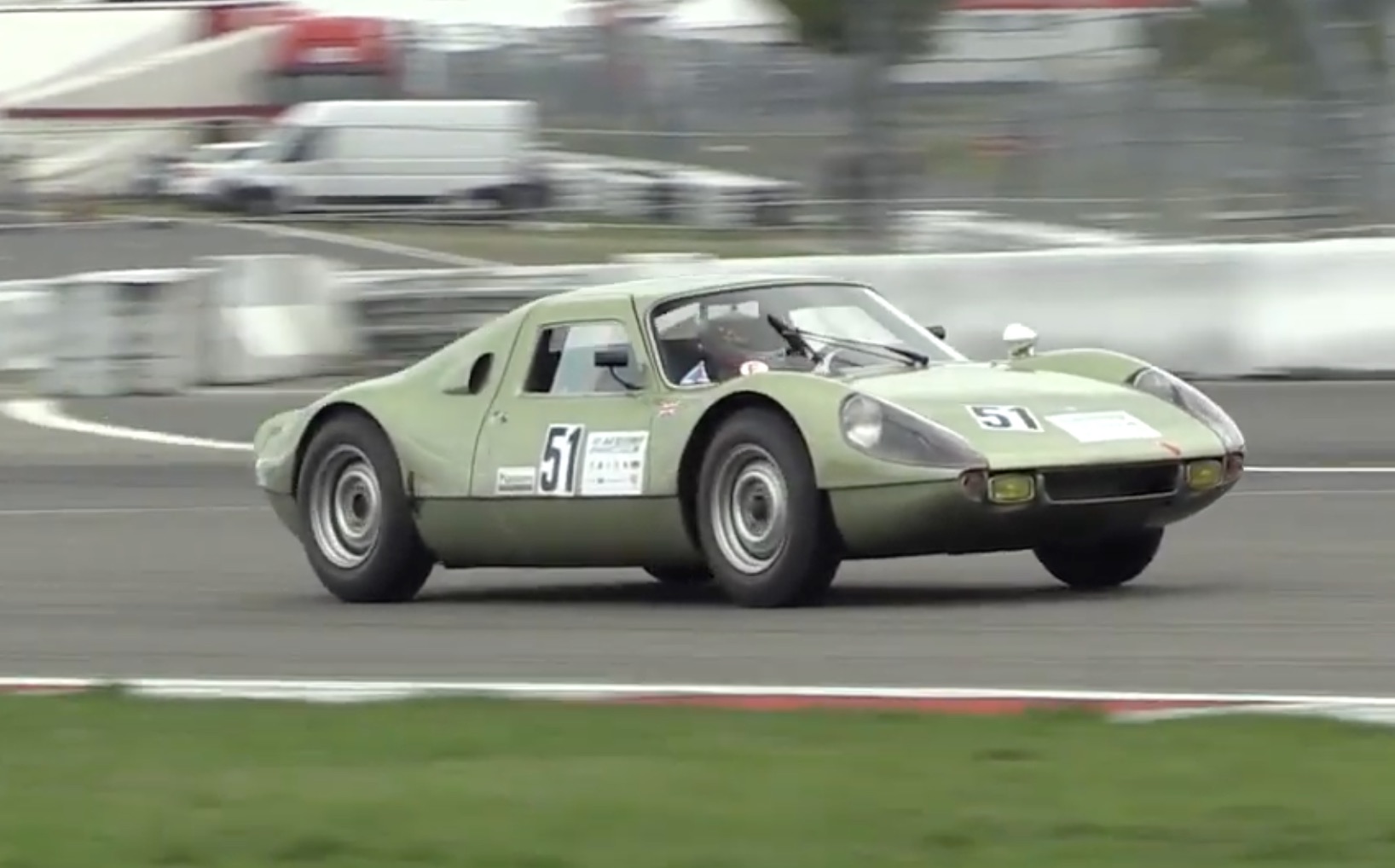 Porsche? At first glance, you wouldn’t think so. It’s shape fits the 1964-65 time period correctly, but not as a Porsche. Maybe an Alpine A110 with some work done, with it’s low, lean rear-engined shape, but if you’re main ideology of Porsche is rooted around the 911 line, the 904 is a bit of a throw. It doesn’t look like a Porsche, it doesn’t sound like a Porsche…at least, the 2.0L flat-four doesn’t. Porsche was in the middle of an engineering rise…they knew that the 1,100cc flat-four that they had cribbed from Volkswagen couldn’t be pushed much harder at the time, so they went with a new engine. This engine would sport hemispherical heads and would be famous as the engine that powered the 550 Spyder. With 180 horsepower at the top of it’s rev range and 144 ft/lbs of torque, the Carrera needed to be lightweight, and it was…a fiberglass body draped over the chassis, leaving the Carrera weighing in at a rough 1,600 pounds…due to the nature of fiberglass molding at the time, there’s differences in weight between each individual vehicle.

Over the course of the production run, three engines were used for the 904: the 2.0L four, a 2.0L flat-six, and most odd, a 2.0L flat-eight. Yeah, you read that right, a boxer eight, good for 225 horsepower and fantastic for turning the flywheel into shrapnel. The 904 was meant to play in FIA-GT Group 3 and Porsche only needed to sell fifty road-going versions for homologation; however it’s believed that at least 100, maybe more, were actually built.

Wheels Up Video: The Psycho Wheelstander Pulling Truck Doing What Made It So Famous! Watch This Turbocharged, EFI Equipped Air-Cooled VW Engine Make 300+ Horsepower On The Dyno