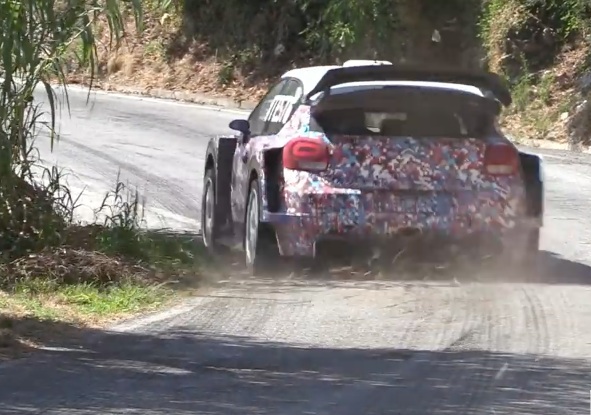 Right here is the dream job none of us even knew to ask for when we were growing up. Firefighter? Cop? Photographer for lingerie models? Nope, you can keep all of that…at no point did I know to ask to be the person who is allowed to take a brand-new World Rally Car out of the factory, fire off the turbocharged warhead that lies under the skin, and proceed to turn the hills of Italy into their own personal playground. There is no way that would be your only job responsibility, but be honest with yourself for a moment: just how much desk time and paperwork would you tolerate if you knew that every time the engineers on the program needed a new rally car to be thrashed on, you would be the person getting the call? The car in question here is a 2017 Citroen C3 WRC, one of the next generation of WRC cars that actually has the FIA, drivers, teams and organizers concerned. Why? Two reasons:

1. Apparently the new WRC cars are looking to be the fastest versions ever tested.

2. Between aerodynamic downforce and the return of the central differential, the cars appear to be driving on rails. Not good when your fan base adores high-flying, sideways and sliding behavior in their favorite cars.

Long, Low, Wide And Heavy: Jay Leno Rolls Out His 1958 Imperial Convertible! How Much Nitrous Can A 305 Chevy Take Before Things Go Bad? Engine Masters Finds Out!