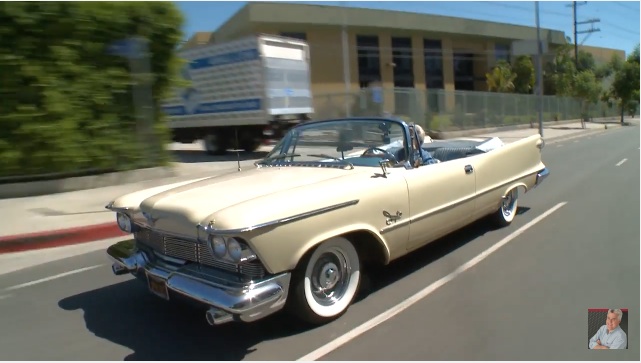 There is confusion on where the Imperial name sits within Chrysler’s history, so let’s make it clear: between 1955-75 and 1981-83, Imperial is a separate make, the top-tier level of the brands, meant to compete with Cadillac and Lincoln. Those made before and after those dates are Chrysler Imperials, a model of Chrysler. Clear now? Good. Now, let’s make another distinction: the relationship between Jay Leno’s 1958 Imperial drop-top and our own Project Raven 1983 Imperial is stark. In the late 1950s, Imperials shared nothing with lesser Chryslers. Nothing. Imperial stood on it’s own as a marque, and while certain corporate things were obviously going to be shared, most of the car was unique. It was high times for everybody in the U.S., and the cars showed it…chrome a-plenty, enough room for half of the neighborhood, and weight that is on-par with a Chevy Suburban. By 1983, Imperials were a Chrysler Cordoba J-car…itself a gussied-up Dodge Aspen…wearing a pointy beak and a creased ass, choking out forward momentum from a strangled small-block. Leno’s convertible is big and flashy, but that was the 1950s in a nutshell: pure optimism and exceptionalism. You stood out by having the most, and the Imperial brought just about everything it could to the table, from the Exner “forward look” design to options that more standard motoring fare of the day only dreamed of. It’s not restored and it’s not 100% original, but screw it…you have a monster 1950s convertible that can motor down the road, it’s early Hemi singing a beautiful tune. Do you really care?