Morning Symphony: The Supercharged Snake Slithering Up The Grass-Lined Driveway 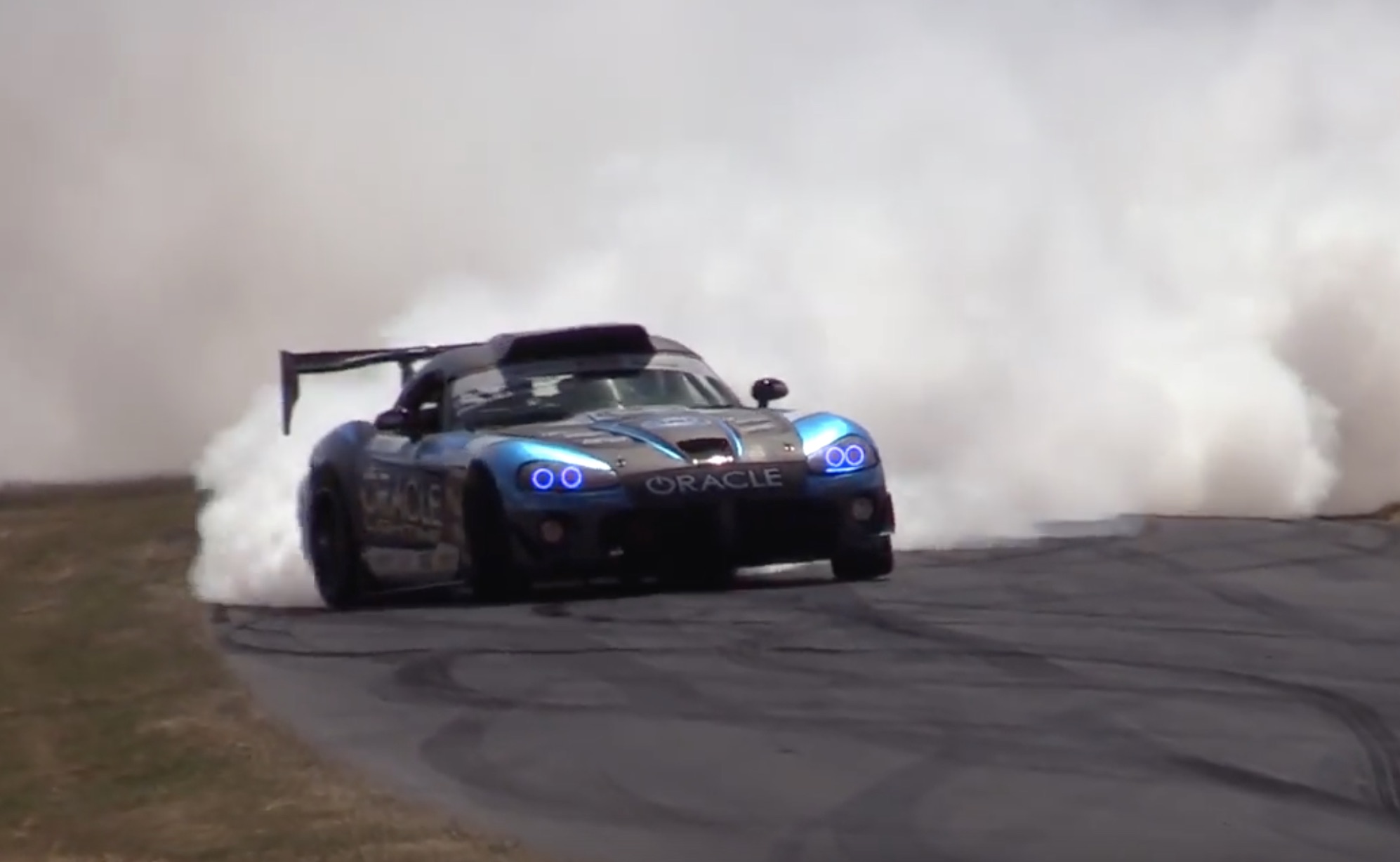 The thing that appeals most to me about the Dodge Viper is it’s roots. Namely, the fact that one of the wildest cars of the last thirty years, with the V-10 engine that was a marvel at the time and a weapon the entire time, was based off of the LA small block architecture. What that means is that the lowly Dodge Aspen has something in common with the Viper: an engine whose roots date back to the 273 cubic inch V8 that first appeared in 1964. There is plenty of difference, without question…Lamborghini, who was under Chrysler at the time, certainly found the power that millions of 318s from the 1970s sorely needed and not one Viper can hold a candle sound-wise to an AAR ‘Cuda with it’s 340-6 idling with a lump, but when one of the big tens is tuned up, there is a shriek all it’s own playing that needs to be heard.

The car playing that honking sound is Dean Kearney’s Formula Drift Viper, and it’s packing a unique take on the Viper formula. The engine is a de-stroker, running a displacement of 7.9 liters. It’s also rocking a Paxton supercharger and nitrous, because a blown Viper mill just might not be enough some days. Without the spray, you’re looking at 900 or so at the tires. On the bottle, 1,150 horsepower. This makes us quite happy.

A Year In Photos: David Whealon Shares Photographic Highlights From 2018 (Part 4) When The FBI Showed Up At The Sponsor's Office, A NASCAR Team Folded Up Shop