C4 All-Star Video: When Motor Week Tested A 1990 Corvette ZR-1 and Callaway Twin Turbo We Got A Look At The Future 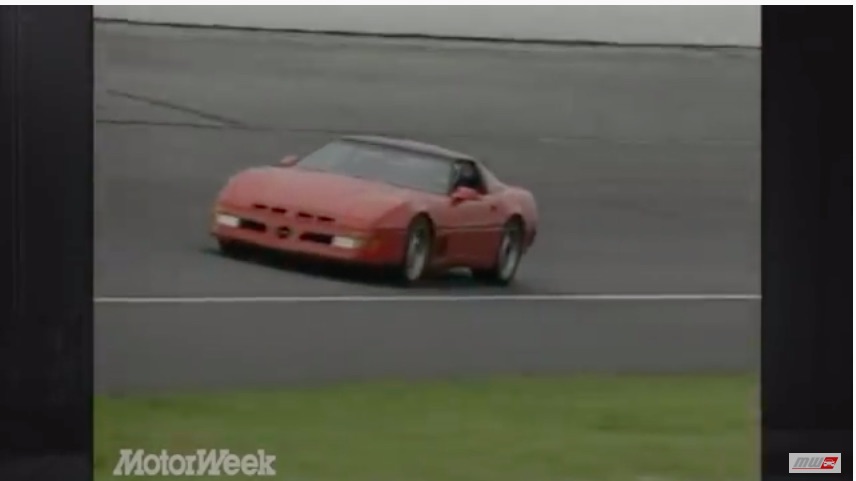 Right now, the C4 Corvette kind of owns the “bargain basement price” Corvette category. As these things go, every generation of car has its ups and downs in desirability, in value, and in price. Basically at this moment you could get a C4 Corvette for free if you asked nicely enough. They are, especially when measured across the standards of their day, good cars. They respond to modifications, they have simple and tough drivetrains, and they can be hot rodded like anything else. By 1990 the factory was starting to hot rod them in house as evidenced by the bold and cool ZR-1 model.

The ZR-1 employed a dual overhead camshaft small block V8 that was about the most exotic thing you were going to find in any American car anywhere at that point. The cars were expensive, they were loaded with options, and unless you were an eagle eyed kid who could spot some of the subtle visual cues that separated the ZR-1 from the rest of the Corvettes, they were quiet killers as well. Refined, semi-exotic, and not out of reach of successful “regular” people, the ZR-1 set the tone for what would come in the C5, C6, and C7 generations of America’s sports car.

The Callaway Twin-Turbo was completed lunacy for its day, although as we will see here, it was barely faster than the ZR-1. Taking the factory TPI equipped L98 350 and strapping twin turbos (and intercoolers) on it made this a full on American exotic. The cars could be ordered right at the Chevy dealer and they were built in Connecticut at the Callaway shop. Despite the fact that the horsepower and torque ratings are far stronger than the ZR-1, the car ran virtually identical on the strip and to a 0-60 test. Maybe the tester did not want to blow up the six speed? Quizzical.

Two cool cars from the dawn of the 1990s…when performance came roaring back.

Watch This Guy Legitimately Blow The Crank Out Of The Block In Australia - Turbos Rule! Like A Man Possessed: Watch Phil Keen Take A Lister Jag From Last To First At Goodwood!

One thought on “C4 All-Star Video: When Motor Week Tested A 1990 Corvette ZR-1 and Callaway Twin Turbo We Got A Look At The Future”