Video: NASCAR Riverside In 1965 – Gurney Dominates, Foyt Breaks His Back, The Mopars Boycott 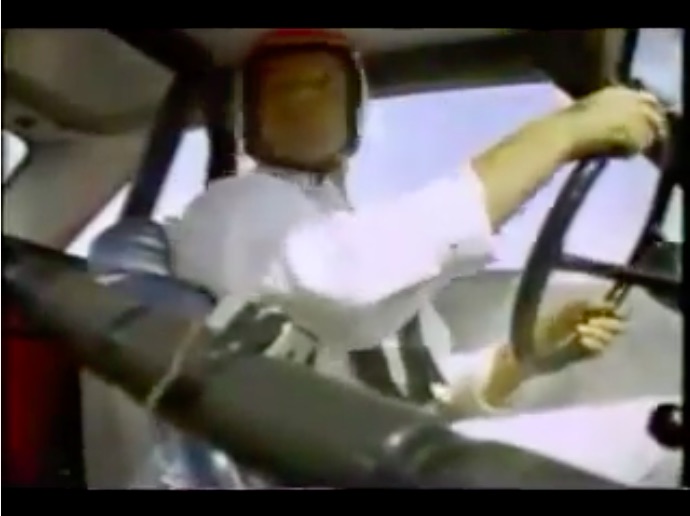 It’s something to see videos like this. I have been immersed in reading about the history of the Indy 500 and other 1960s racing series as of late and the familiar cannon of names that competed seemingly everywhere back then are on full display in this vintage video of the Motor Trend 500 held at Riverside International Raceway in California. As the headline suggests, Dan Gurney was at his most dominating stock car driving form on road courses, AJ Foyt suffers a massive wreck and breaks his back, and there’s not a Mopar to be seen.

It’s weird to hear a 1960s stock car race called and be completely devoid of the last name Petty, but such was the case when Bill France told Chrysler and the hemi to take a hike. The Chryslers went drag racing and on 1/17/1965 when this race was held they likely were drag racing somewhere. David Pearson and Petty the two biggest names but many others also joined the straight line world for a long stretch that season before cooler heads prevailed and the stock car racers went back to doing what they truly loved.

Think of the skillset all of the drivers here possessed. Many of them would be running lithe, lightweight Indy 500 cars in the coming months. Some had likely even tested their machines for the ’65 race already. From wheeling these massive whales around to deftly guiding the most technologically advanced racing cars in the world a little later in the year, they were really something else.

Parnelli Jones suffered a fate in this video that plagued him through his entire career. He was leading the event when the car underneath him failed. It was a plague he suffered at Indy and during his sprint car career as well. He was a hard driving guy but so weren’t they all. Jones was equal in bravery to the Foyts of the world and as skilled as the Gurneys as well. Just more often than not, his horse pulled up lame.

NASCAR has introduced the next “car of the future” this week and while that’s news, it really doesn’t do a lot fo us. That car may look a little closer to factory but the end result is that hundreds and hundreds of people will be put out of work by it. Racing may have been more gritty and small time in 1965 but damn it sure seemed more gutsy as well.

Engine Building Video: How Babbit Bearings Are Poured And Some Legit Tricks In How To Build A Model A Four Banger Video: Mendy Fry Locks Up 2019 NHRA Heritage Series Top Fuel Title In Tulsa - Emotional Victory For Team

2 thoughts on “Video: NASCAR Riverside In 1965 – Gurney Dominates, Foyt Breaks His Back, The Mopars Boycott”