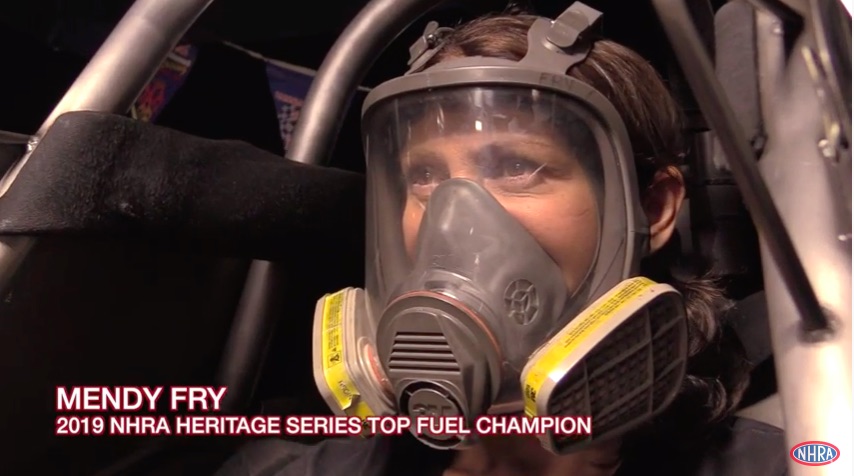 When Tom Shelar died unexpectedly a few weeks ago, many wondered what would become of the High Speed Motorsports top fuel team. They had been dominating the 2019 season, they were the 2018 series champions, and emotionally they were shattered. Drag racers being the resilient bunch that they are, no one should have had concerns about what their course of action would be. Rather than wallow in the sadness and heartbreak of losing their leader and crew chief, they dusted themselves off, traveled to Tulsa, Oklahoma, and kicked everyone’s ass as they had been doing through the 2018 season.

With a thundering 5.60 second clocking in the final round to close the event, Mendy Fry and the whole High Speed Motorsports team completed the work that Tom Shelar had started by locking up the 2019 NHRA Heritage Series top fuel championship. Sean Bellemeur and Troy Green, who guys who have raced for and with Tom Shelar for years took the tuning reigns and did a masterful job in getting the car prepared for battle and down the track round after round.

With the championship in hand, there’s only one question left. Can Fry and her band of merrymen and women run a win streak to five in a row at the NHRA California Hot Rod Reunion in Bakersfield to close the season? Time will tell but we’re not betting against them.

Congratulations to High Speed Motorsports and we know that somewhere in the vapors the late, great Tom Shelar is smiling.