Nitro Powered Hill Climb Video: Some Of The Best Riders In The World Get After It And Make It Up A Hellacious Grade 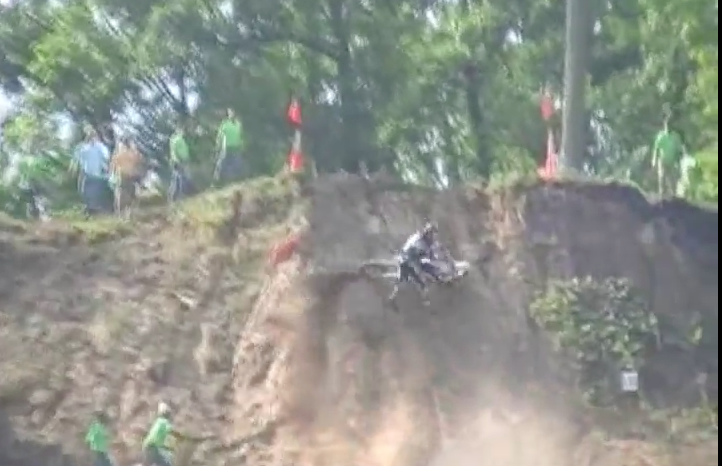 No, this is not one of those videos where everyone fails. This is a video that shows some of the best nitro powered hill climb action we have ever seen on a hill that can only be described as demonic. You will see the riders climb and leap multiple times with each progressive section of the climb getting steeper and steeper until the last section which is damned near vertical. Adding to the fun here is the fact that the bikes themselves are running on a very stiff load of nitromethane and they sound like satan’s buzz saws.

The Poags Hole Hill Climb is called the greatest hill climb in the world for a reason. Held in New York state it draws riders from all over the world. We have showed you hill climb action from all corners of the Earth before and apparently this is the big one that everyone shows up for.

There are some failed and aborted attempts here but the guys that make it show a mixture of skill and balls that we cannot accurately describe without using lots of swear words because it is just that awesome. Note the first rider that you see. That dude goes wide open on the green and basically keeps the throttle twisted open unless he is in the air the whole time. When the bike really starts chewing at the top of the hill it seems like he’s in trouble but instead he shifts his weight, gets traction and powers over the top.

There’s bravery and then there’s these guys. It is totally awesome.

Seeing This Mini Getting Launched Into The Air Makes Us Think Only One Thing: "That's Gonna Hurt." Historical Video: The 1982 Ford EXP, A Great Snow Beater For The 1980s?