Non-Standard Equipment: Yes, That’s A Track-Ready HMMWV, And It Rules! 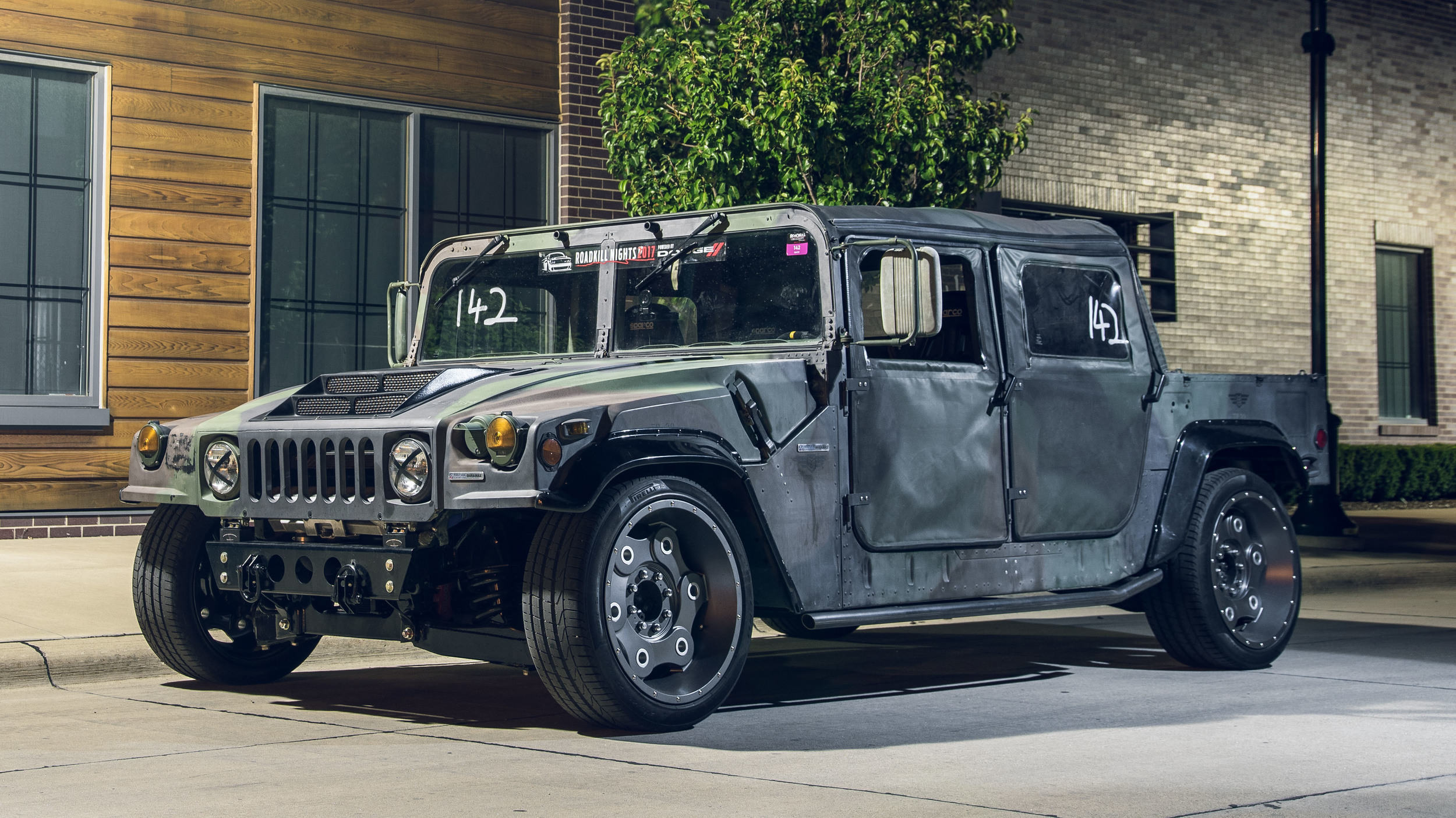 Why, hello, old friend. For years, the AM General HMMWV was a consistent pain in my hindquarters. For someone who was meant to work on helicopters, I spent more than my fair share of time dealing with these insufferable, cramped, dog-ass slow bricks. If they didn’t off-road like a mountain goat scales cliff faces, I’d call them worthless. Yeah, I know, it’s an icon, and yeah, I know, if the Governator likes it, it must be good…right? Riiiiight. When I need a sundial to measure a 0-60 time and I’m constantly booting the throttle to get out of the way of a car three city blocks away, I’ll stand by my bias.

I have always said that half of the HMMWV’s problems could be cured with a severe power upgrade, and that’s true. The 6.2L and 6.5L diesels that AM General sourced from GM were boat anchors that made more noise than power in my opinion. That might have cut the mustard in the mid-1980s when the HMMWV’s design was being finalized, but as someone who actually had to drive one in combat zones, I had dreams of a turbocharged Duramax-powered HMMWV or even better, one of the 502-powered machines that would pop up in spy photography every now and then. Torque…horsepower…acceleration you might actually be able to feel! It’d be a miracle!

Now, I wouldn’t have thrown away the off-road prowess of the real-deal Hummer, but Mil-Spec, a company who has been busy retrofitting surplus HMMWVs with upgrades and extras for customers, built one track-focused HMMWV. That’s no joke, this Hummer is meant to haul ass with some flair, something that isn’t easy for a two-and-a-half-ton ex-military machine to do. Underhood is that dream Duramax that is cranking 800-ish horsepower and 1,500 ft/lbs of torque, while the suspension has gotten the full-deal reatment. It’s seven inches lower than stock, has six-piston calipers on the inboard brakes, and still has a part-time four-wheel-drive system intact! Those one-off wheels are shod in Pirelli P-Zero tires and the whole thing just seems…wrong, but right. It’s like a Hot Wheels build come to life. A little psychotic, well out in left field, and perfectly capable. Maybe they need to put a few vets in the seats and go for some scare rides around the country?

Sometimes you gotta end the work week with some smoke.

2018 Cynthiana Rod Run Coverage: The Little Kentucky Town That Hosts The BIG Kentucky Show Video: A Day In The Life Of Richard Petty Circa 1967

3 thoughts on “Non-Standard Equipment: Yes, That’s A Track-Ready HMMWV, And It Rules!”