Video: A Day In The Life Of Richard Petty Circa 1967

Sep 25, 2018Brian LohnesApex Video, BangShift APEXComments Off on Video: A Day In The Life Of Richard Petty Circa 1967 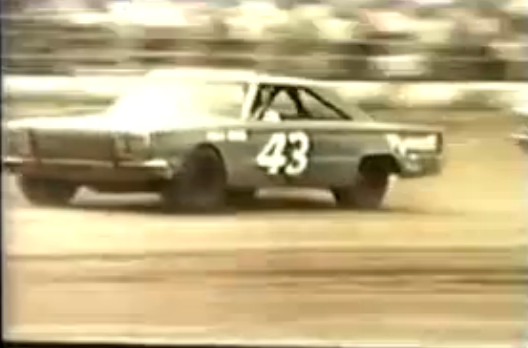 It is hard to conceive of the life professional level stock car racers lived in the 1950s and 1960s. These guys would race many times each week, constantly shuffling from track to track on different surfaces, at different lengths, and in front of crowds of varying sizes. Richard Petty rose to prominence during this time and seemed to thrive on the challenge of banrstorming around with the car and a small crew to take on all comers at tracks large and small across America. This video was shot in 1967 and that happened to coincide with the largest number of wins Petty would gather in a single season, 27.

This is a short but neat video because we see Petty at home, in the shop, and on the track. We also see the scope of a “big budget” stock car racing operation circa the late 1960s with their fancy pants box truck, open trailer, and very modest looking shop in Level Cross, North Carolina. The on track footage is fantastic due mostly to the crowds of cars you’ll see chasing Petty’s famed blue Plymouth around different tracks.

Todays stock car drivers are like specialized athletes. Their cars have been refined, developed, and upgraded year after year to the point that they are among the most specialized race cars on Earth. Back in 1967 it wasn’t that way. While the cars certainly weren’t “stock” to the letter, they were still remarkably close to their production line counterparts. Driving them took levels of guts, toughness, and guile that probably no longer exist in top level racers because they’ve never had to tap into them like these guys did.

1967 was an amazingly good year for Richard Petty and this video takes a quick peek into it. The footage is fantastic as is the glimpse into the world of late 1960s professional stock car racing.

Non-Standard Equipment: Yes, That's A Track-Ready HMMWV, And It Rules! Roadside Find: This Classic B-Model Mack Wrecker Is Yankee Ingenuity At Its Finest