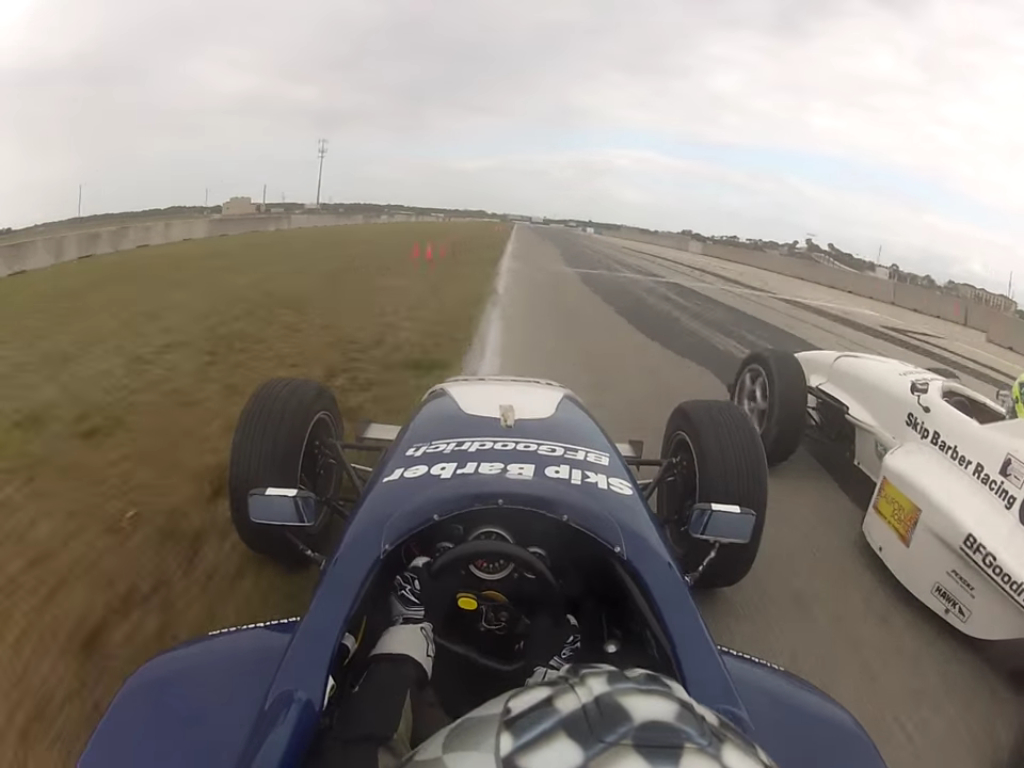 (By Eric Rood) – Sebring International Raceway remains one of the most unique circuits in the world, having been built as a bomber base during World War II and then repurposed as a racetrack. Sebring chews up cars and drivers like few other courses can, but that has a weird tendency to bring out the best from time to time. The airfield’s original concrete remains in many parts of the track, including the back straight that leads to the pit straight via the notoriously narrowing and bumpy Turn 17. There’s room for a number of lines through that corner to overtake and in 2012, Jake Eidson used up all of the Turn 17 (and then some) for this ballsy overtake.

Eidson, a three-time Skip Barber Series champion and current Mazda Road to Indy driver, gets a run on Danilo Estrela coming onto the long back straight. Estrela moves to the inside to defend and then moves over as Eidson nearly scoots past, pushing Eidson’s left wheels onto the grass just at the point where the driver should be dabbing the brakes. After grazing the brake-marker cones, Eidson somehow slows his car down, pinches Estrilo off to the tight inside line, and then finishes the pass through the insanely bumpy T17 in a four-wheel drift for good measure.

This could only be more boss if Eidson had hung a mid-drift middle finger out the cockpit’s right side.

Unhinged: What The Military Needs To Replace The HMMWV With...Forget Bigger, Go Smaller For Once! Question Of The Day: Why Isn't Rally Racing Bigger In The United States?