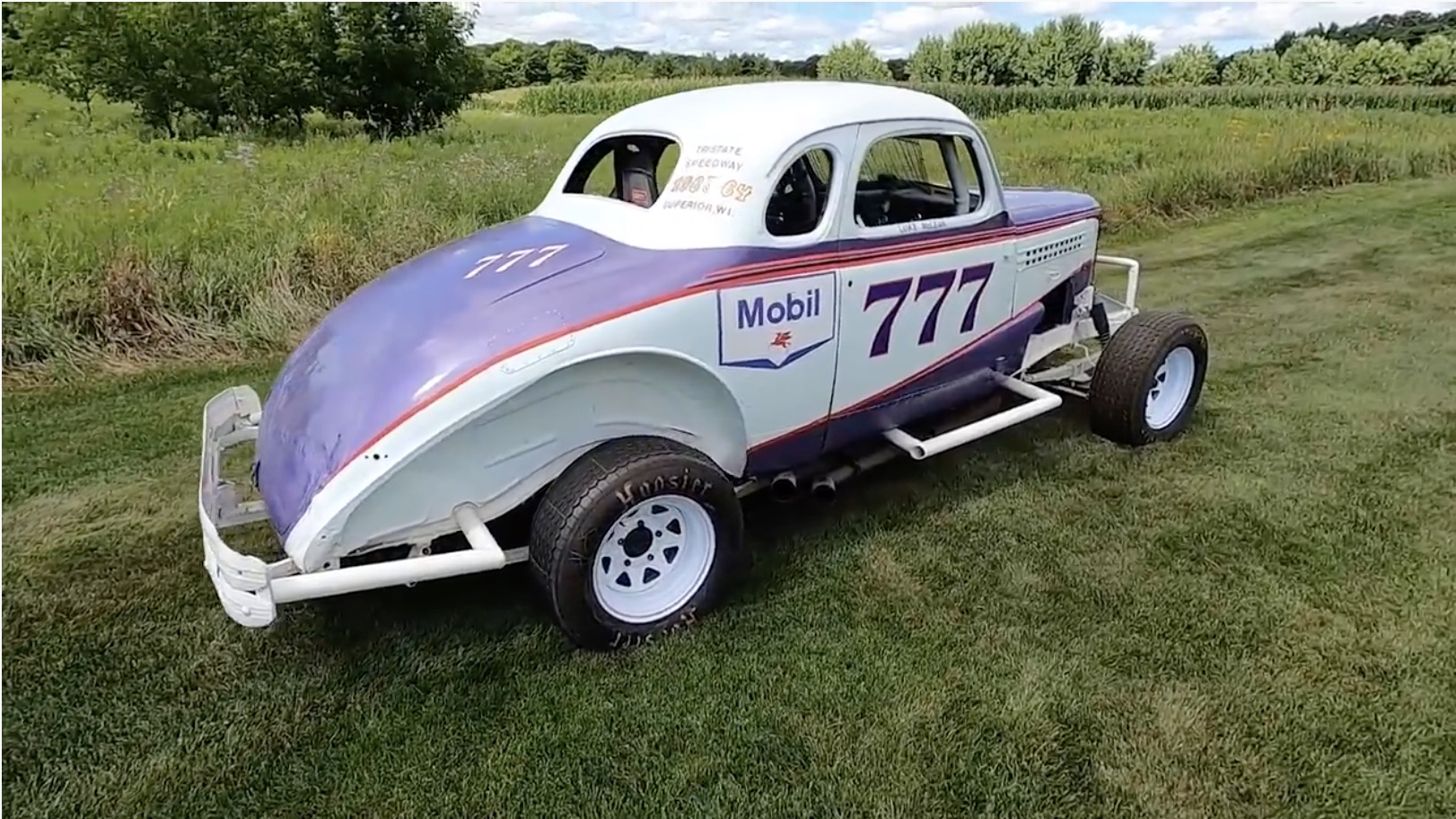 Is it difficult for you to picture a pre-war car as a use and abuse kind of ride? Eighty years on, most are gone, the ones that remain are either restored or modified into some kind of hot rod, but then there’s this. This is what your great-grandpappy knew as a fast car. This was no-bullshit…hot motor, pure functionality, minimal maintenance, and a lot of thought put into the engineering aspect of the ride. It might not be technically advanced, it might not be the most radical methods, but it was built to be a beast through and through and it was going to be treated as such. These are the kinds of cars that you would’ve seen during the heyday of moonshining, the cars that preceded NASCAR to a degree, the cars that were the dreams of speed demons during the early days of the automobile. There aren’t many left. And the ones that are have either devolved into yard art or are polished and kept stored, sacked away for safekeeping, heirlooms to hold onto.

Derek recently picked up this 1938 Chevrolet Master Deluxe two-door, and it needs to be said…we’re jealous. This is a gem of a car, regardless of what it is or how it’s put together. And there’s plenty to note as being true to the car’s original build: note the leaf spring suspension at all four corners. There isn’t any Monte Carlo bits holding this car up! She needs a little work (you’ll see “death wobble” in action) but overall, we’d be absolutely psyched to have a chance to be in this car, let alone driving it. With a beastly little 283 under the hood and the strangest 3-speed setup that we’ve seen in any car ever, it has to be a wild little thing!

One thought on “Old-School Roundy-Round: Picking Up A 1938 Chevy Racer!”