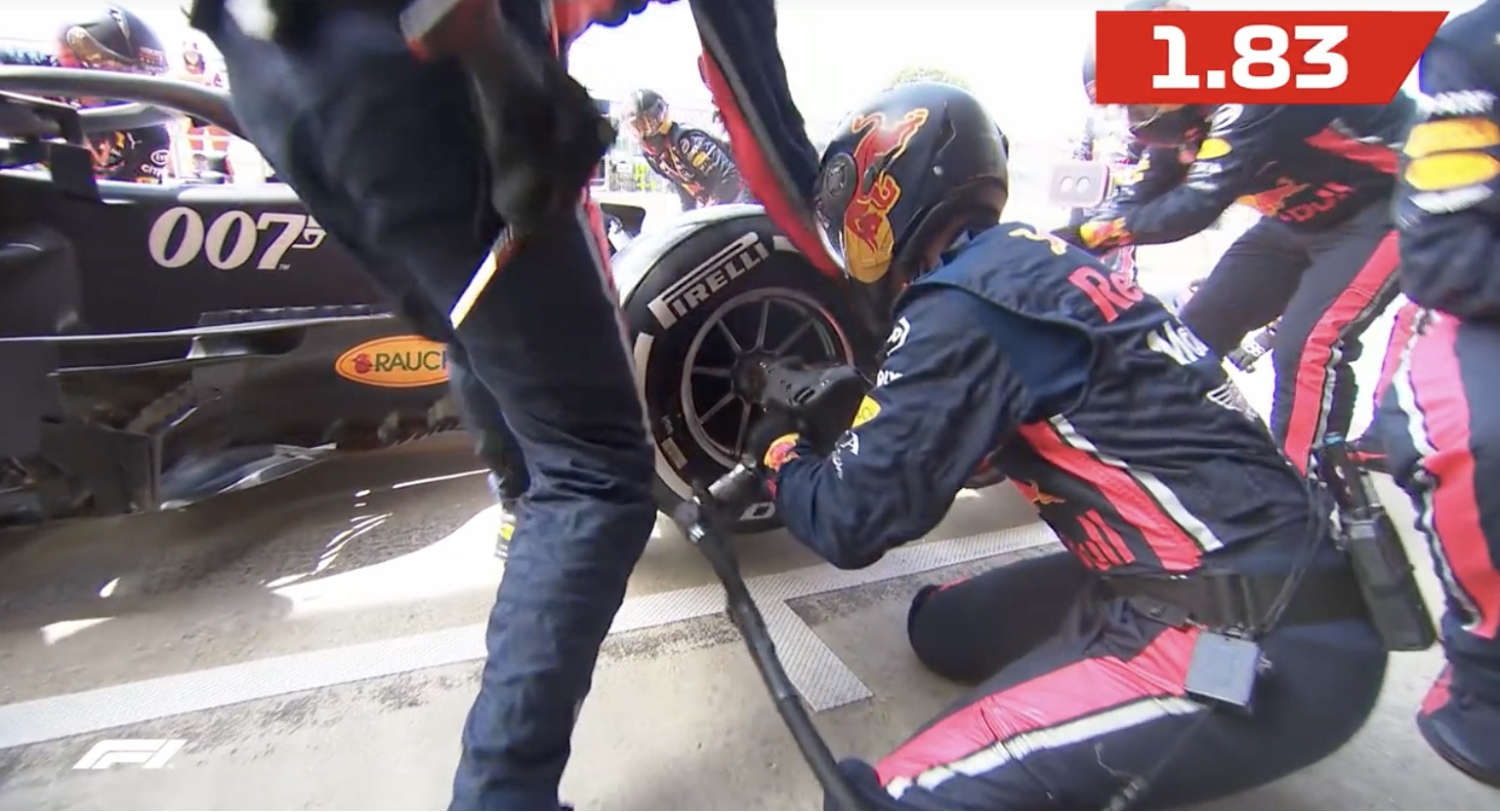 Seven minutes. In a past life, that was the time to beat when I was working on a re-arming, re-fueling pad for helicopters. I had seven minutes from the moment the helicopter was safely down until the moment I pulled the grounding pins and got the hell away so that the pilots could take off and resume their activities. Seven minutes on a re-arm/re-fuel pad seems like a long time, but it isn’t. It’s a coordinated effort that has a list steps that must be performed in-time, at the right time, and there are elements that require other team members to wait before the tasks can be performed. You can’t reload while the helicopter is being refueled, for instance. Seven minutes or less, and I was a happy pad chief. Seven minutes might as well have been an eternity.

1.91 seconds for a pit stop in any discipline of auto racing is about as mental as it gets. In less time than it takes to say, “Car up-change tires-car down”, the Red Bull team of Pierre Gasly knocked out a four-tire change on his Aston Martin RB15 machine. Prior to that, the record had been held by the Williams crew that worked on Felipe Massa’s car back in 2016, and the difference in time is one-hundreth of a second.