Oh sweet mother of mercy! This 1965 Coronet is one of the coolest cars we have ever seen, not just for the moment but in forever. You are looking at near drag racing perfection here. The tube chassis was built by the well respect Skinny Kid Race Cars, the engine is a 502ci Chrysler wedge, the ally fueled engine is force fed by an 8-71 supercharger and that power goes through a 3-speed Lenco transmission.  The whole works is certified to hustle down the quarter mile as quickly as 6.00 seconds. Where do we even start…oh wait, we did.

Top Sportsman is a drag racing category that has exploded over the last several years. It is a bracket style class but one where the cars are hyper fast and it has a split personality. Firstly the cars have the qualify on elapsed time, so the racers really let them chew during the qualifying process. Then, in eliminations the racers have dial their cars in and run their dial-in.

Like all things in drag racing there have been refinements and changes over the years and one of them that kind of sucks is the reversion to later model body styles. This thing would stick out like King Kong at the county fair and that’s the best part.

This mean ass thing thumping slick looking Camaro bodied machines and whatever other jelly bean looking stuff is sitting in the other lane would bring delight not only to the owner but to every single soul at the strip. 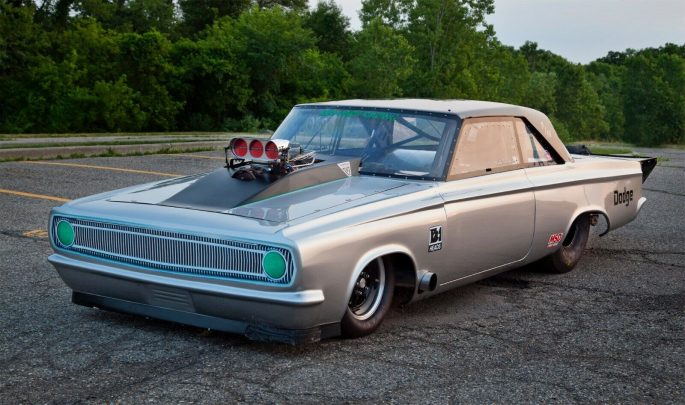 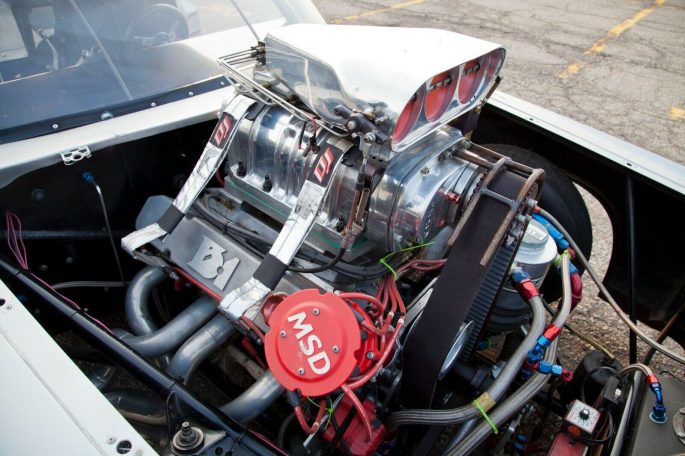 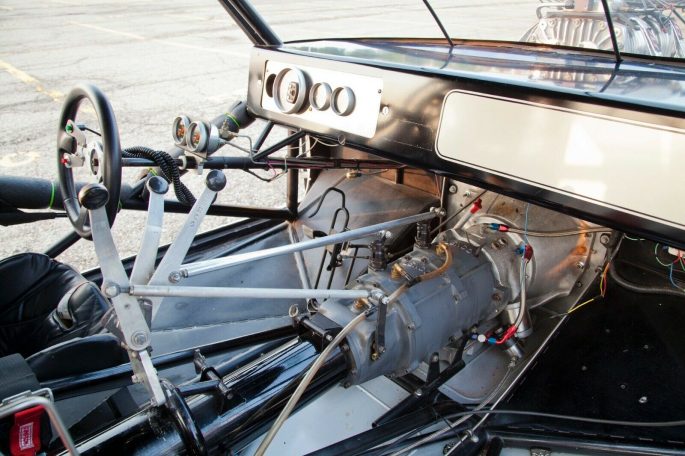