One Of None: The Supercharged Prototype 1953 Corvette That Never Saw Production – Lingenfelter Collection 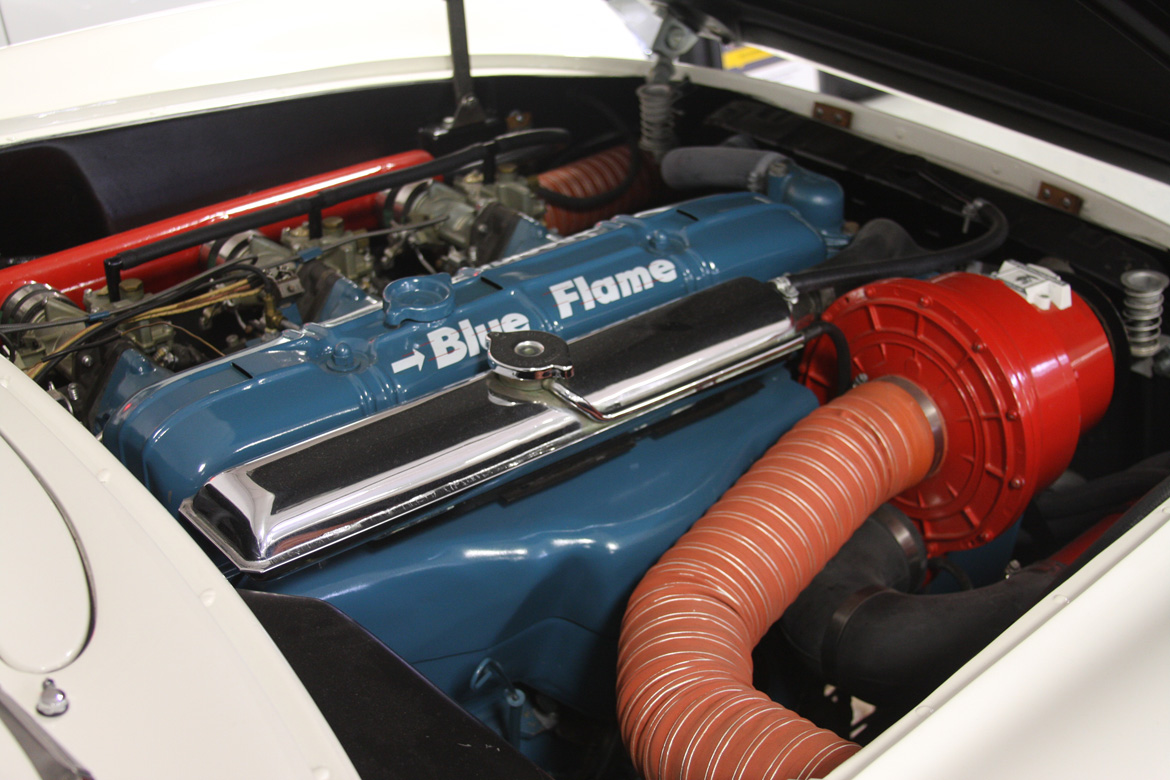 As we’ve been telling you, there are stacks and stacks of photos and stories yet to be written from our extensive visit to the Lingenfelter Collection in Michigan. We’re planning on running them throughout the year because why would we blow all the cool stuff out at once, right? As you’d expect, Corvettes are a cornerstone of the collection and Ken Lingenfelter’s gathering of America’s sports cars holds some of the most rare, outlandish, and historically significant examples of the Corvette ever produced. We’d put this rather unassuming 1953 ‘Vette near the top of the pile because it is one of just 300 examples produced in 1953 and secondly, it is the only one ever to receive a blower from McCulloch in an attempt to sell Chevrolet on the idea of supercharging the wheezy Blue Flame six in order to compete with the hotter Ford Thunderbird that was eating its lunch with a Y-block V8 and a (who saw this coming?) McCulloch supercharger option available for buyers.

The early years of the Corvette have been very well documented by people far more versed than us but the reality is that the car’s debut and horrendous sales in the first year or two nearly doomed it. If not for the tireless campaigning of people in engineering, styling, and other departments, surely the car would have been squashed. It was suffering from the fate of many cars in history which was the fact that it looked the part but absolutely did not run like its looks belied that it would. Before the small block V8 the company’s only real choice was the venerable Stovebolt six cylinder engine, which is not a bad engine by any measure but it is a horrid engine for a sports car. In a family sedan or truck, the tough as nails six would make enough torque to move whatever it was tasked to do down the road in fine fashion. You’d never be the first to get anywhere, but you’d always get to where you were going. Even with the addition of a racy looking side draft carbs, the 155hp engine was not inspiring. More troublesome from a performance buyer’s standpoint was that 155hp was hooked to an automatic. Yeesh.

Realizing that the car was down on power, realizing that the Thunderbird was faster and realizing that there was probably some money to be made, the folks at the McCulloch bought Corvette #24 (of 300 built) and set to work adding one of their superchargers to beef up the performance of the car. Now, knowing that these babies only make about 6psi of boost, we’re sure that the difference was noticeable but probably not as significant as anyone would want, especially for what one of these kits would have cost to add to the car back in the day.

We have to say that the packaging of the kit is pretty awesome and despite the fact that GM didn’t bite on it as an option for the car, the car is significant. Why? One need look just down the front page of BangShift today to see a 2014 Corvette that was modified with a supercharger (with bad results, but you get our idea here). This was a car and a concept that may have been ahead of its time but in the more than 50 years since the 1953 Corvette, untold thousands have been supercharged and modified along the same principles that this car was. How cool is that? 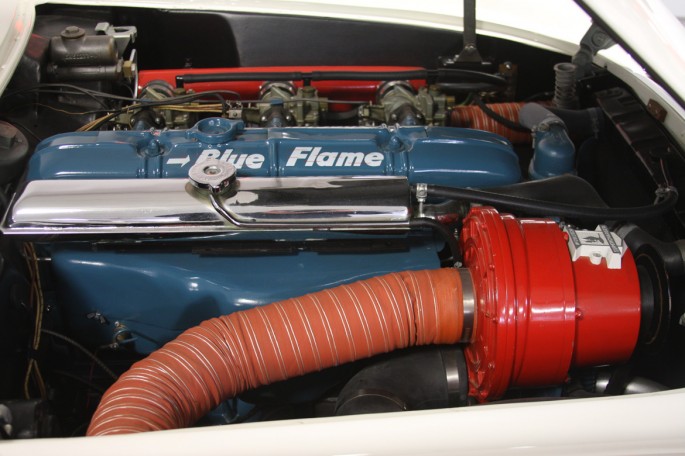 Even though this was a test mule it was still very nicely finished and packaged by McCulloch. We think that this demonstrates how serious they were in trying to get GM to pick up their kit as an option. 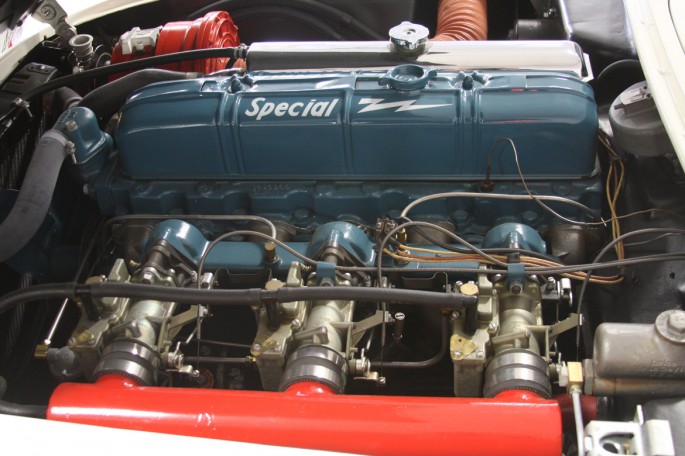 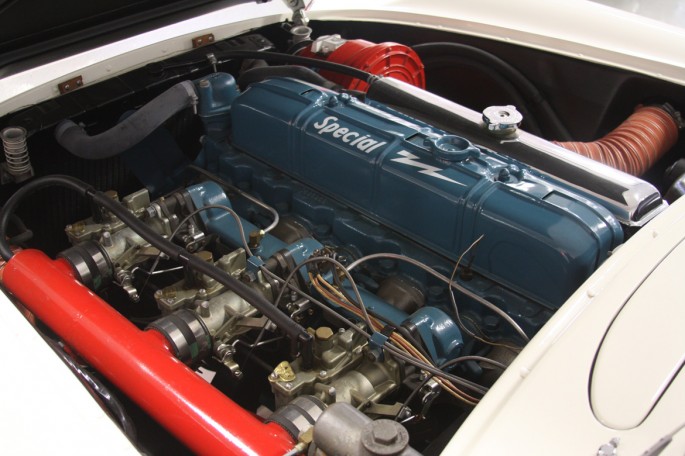 While still not a fire breathing monster, you would have been a hero pulling the hood up on this in 1953. 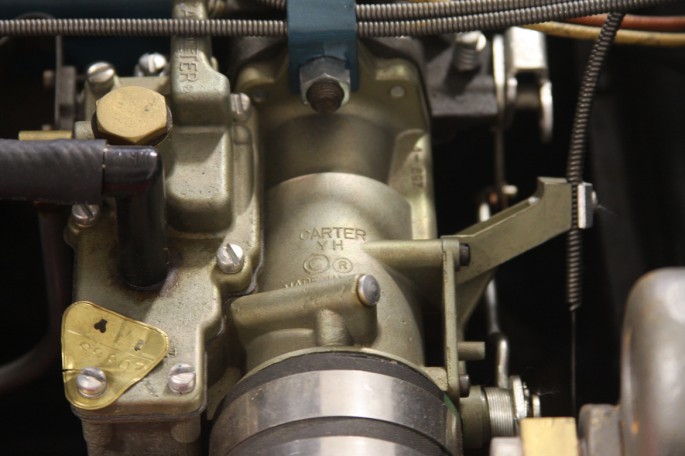 Priced out a Carter YH lately? 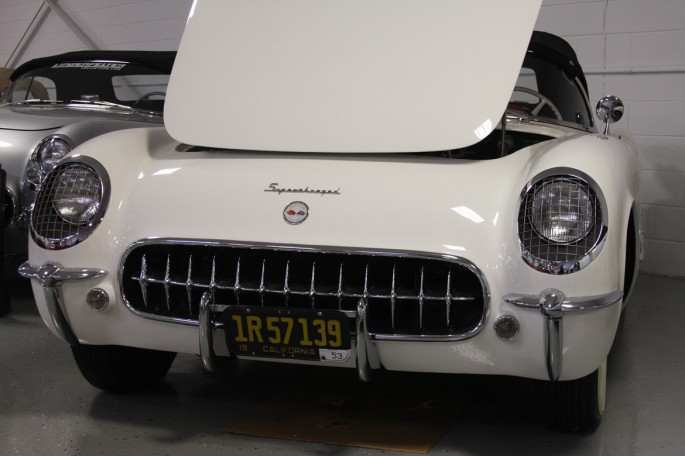 Other than the “Supercharged” script, this 1953 Corvette looked like the other 300 produced that year. 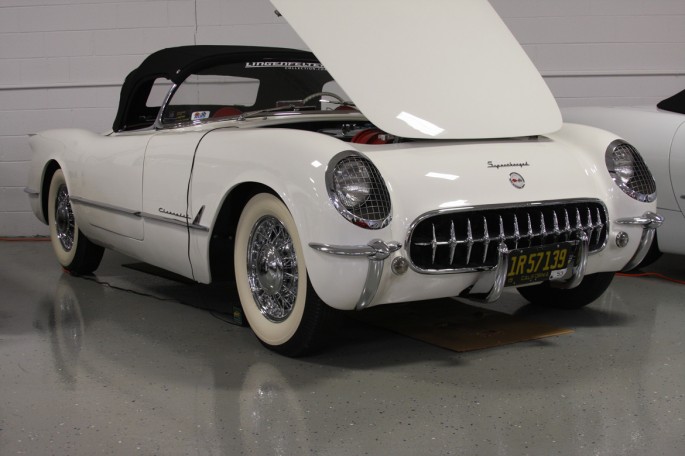 It is hard to believe that this was the first step in the genesis of the modern supercar that the C7 is. 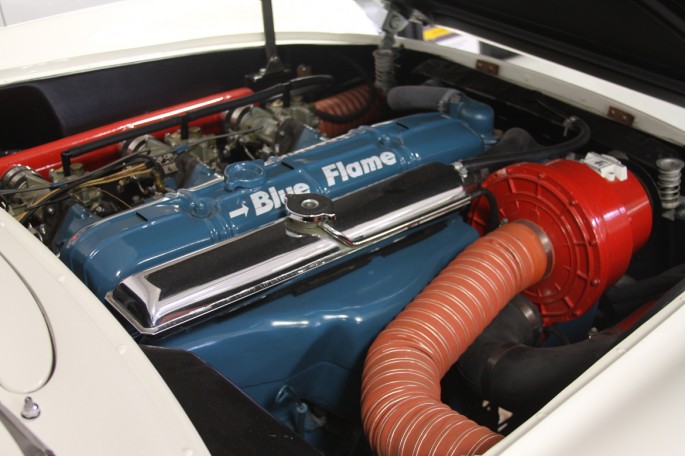 We’d have peeled that Supercharger emblem off the front and made people guess what we have done to warm up the tepid Blue Flame Six engine. Although, hooked to a Powerglide, it was probably still pretty lazy. 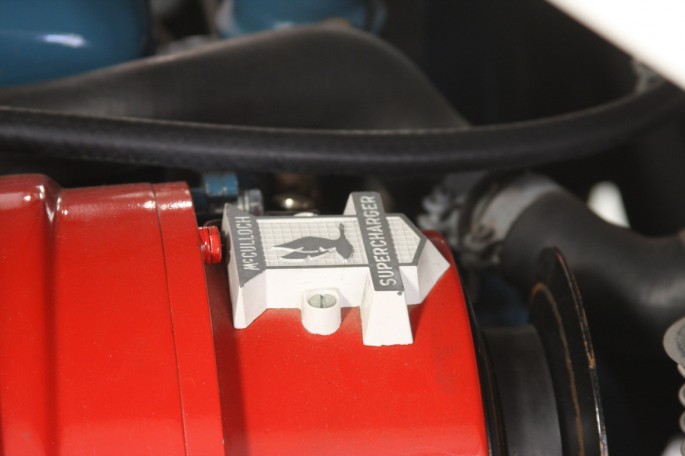 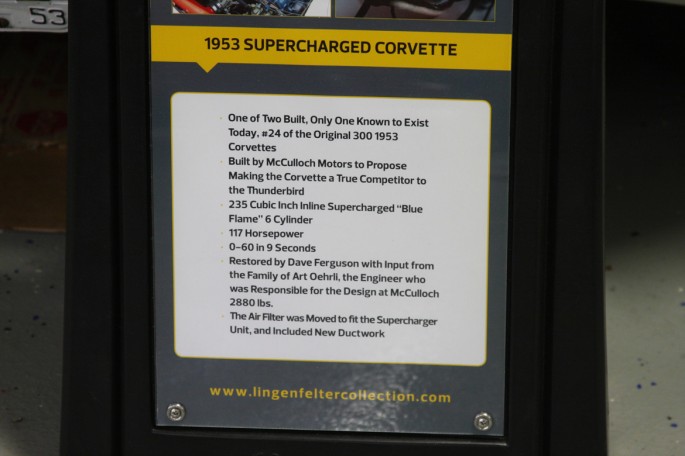 Watch A Mining Dump Truck Run Over A Pickup Like It Is A Hot Wheels Toy BangShift Holiday Shopping Guide: For The Enthusiast, How About A Tiny Subaru Tow Truck?

One thought on “One Of None: The Supercharged Prototype 1953 Corvette That Never Saw Production – Lingenfelter Collection”