Pardon Me, Do You Have Any Opposite Lock? Check Out This Rolls-Royce Drift Car! 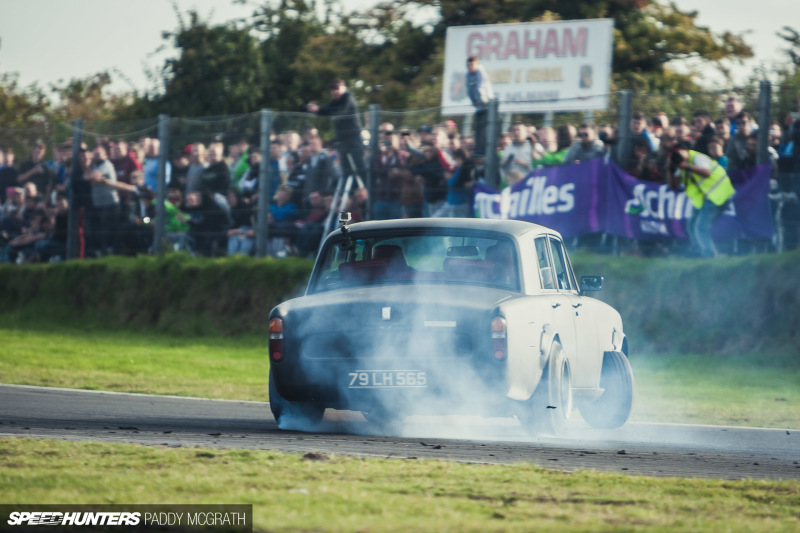 What are the fundamentals for a proper drift car? Rear wheel drive, a controllable transmission, the ability to lock the rear brakes on command, easy weight transfer, and handling dynamics that don’t scare the ever-living hell out of the driver once the sideways fun starts. You don’t want twitchy and you don’t want an automotive pendulum that can’t be controlled. That’s why cars like Nissan’s S13/S14 chassis and BMW E30s make good drift cars, and that’s why some American muscle cars do really well. But the bigger the car, the more of a handful it is. We aren’t saying that it is impossible…Sam Hubinette ran late-model Dodge Chargers for a while… but there are a lot of modifications and weight trimming that have to take place first. 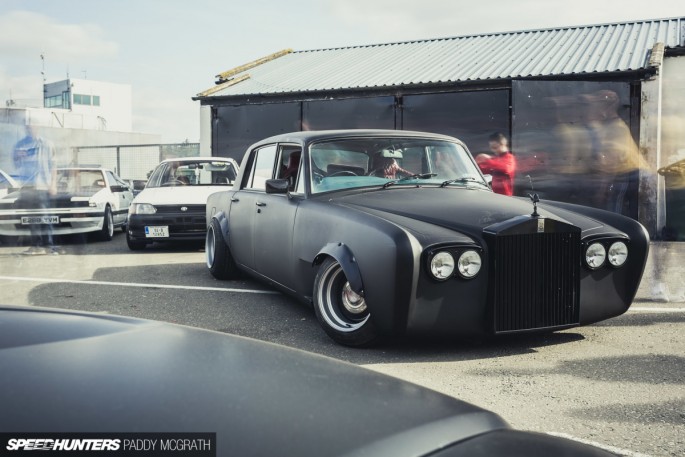 So what, then, does it take to convert a Rolls-Royce Silver Shadow into a drift car? Well, there’s the issue of the weight (at least 4,600 lbs curb weight), the power level of the 6.75L V8 (by RR’s own admission, “adequate”), the horrifically expensive brake system, and then there is one part that would have to be addressed sooner or later: how much of the luxury do you take out of the Roller? Do you gut it and just run the body shell, or do you leave everything fancy inside and hoon it as-is? Speedhunters’ Paddy McGrath got one of the first close looks at Shane Lynch’s 1977 Silver Shadow drift car. Outside the car is matte and menacing, inside it’s almost as it should be…if you ignore the custom E-brake lever…and as for performance? It rocks. Be sure to take a look at McGrath’s writeup at Speedhunters!

eBay Find: This 426 Hemi NASCAR Bathtub Intake Has Its Proper Matching Carb Attached Ford Announces That It Is Leaving Japan And Indonesia Markets - Factories/Dealers To Close

2 thoughts on “Pardon Me, Do You Have Any Opposite Lock? Check Out This Rolls-Royce Drift Car!”