Like A Man Possessed: Watch Phil Keen Take A Lister Jag From Last To First At Goodwood! 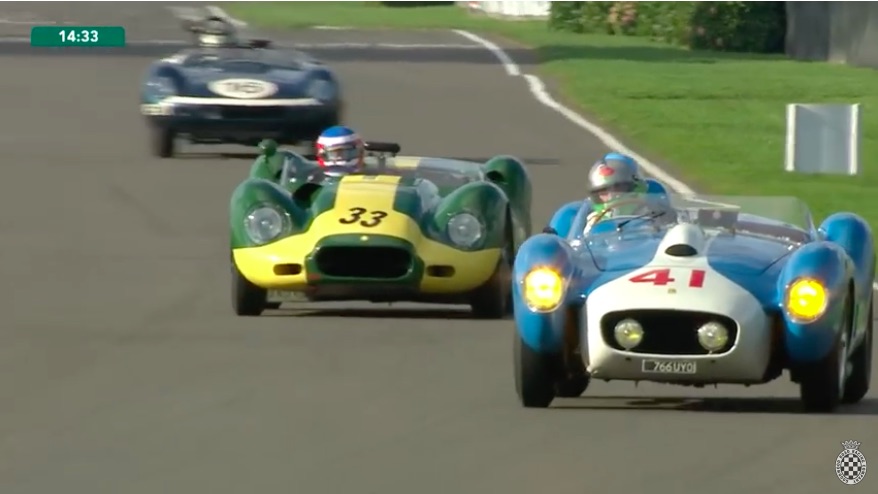 Anyone with the notion that vintage racing is not actually racing needs to see this video. You are going to watch a 1950s era Lister Jaguar go from the depths of despair to the heights of winning awesomeness at the Goodwood Revival. The car, driven by Phil Keen had problems on the grid and was pushed back behind the wall by the team of mechanics before the race started. This is normally the kiss of death and it makes what happens next even more awesome. Driving like a man possessed Keen takes the field, one by one, in 14 laps. He wins the freaking race and this video is a compilation of the baddest ass passes in his charge to the front. You are not going to watch all 14 laps you are going to see a highlight reel of driving like a madman.

For those unfamiliar Lister is a racing car company from England that built a load of cool cars through the course of its history. There were Lister Corvettes and Lister Bristols but this is a Lister Jag which basically means that it is a custom built race car powered by a Jaguar engine. We think that this is a 3.4L Jag inline six powering the car. Keen clearly has the horsepower to out muscle some racers and the balls to out drive others. We love the pass he makes to go from second to first because the guy he is chasing clearly pushes too hard and puts a wheel off. He blasts by and hammers to the win!

When these cars were new, we were about 30 years shy of being born so to see stuff like this in today’s world with the cars running on their skinny tires, the drivers sawing at the wheel, and the competition being as cool as it is makes our soul happy!

Big-Block Barina: The Little Australian Crapcan That Can Gets Dyno-Checked And Beat On! Vintage Drag Racing Video: Shuffletown Dragway Circa 1974

One thought on “Like A Man Possessed: Watch Phil Keen Take A Lister Jag From Last To First At Goodwood!”