Somernites Cruise Coverage: A Photo Collection Of Camaros and Firebirds From the Event! 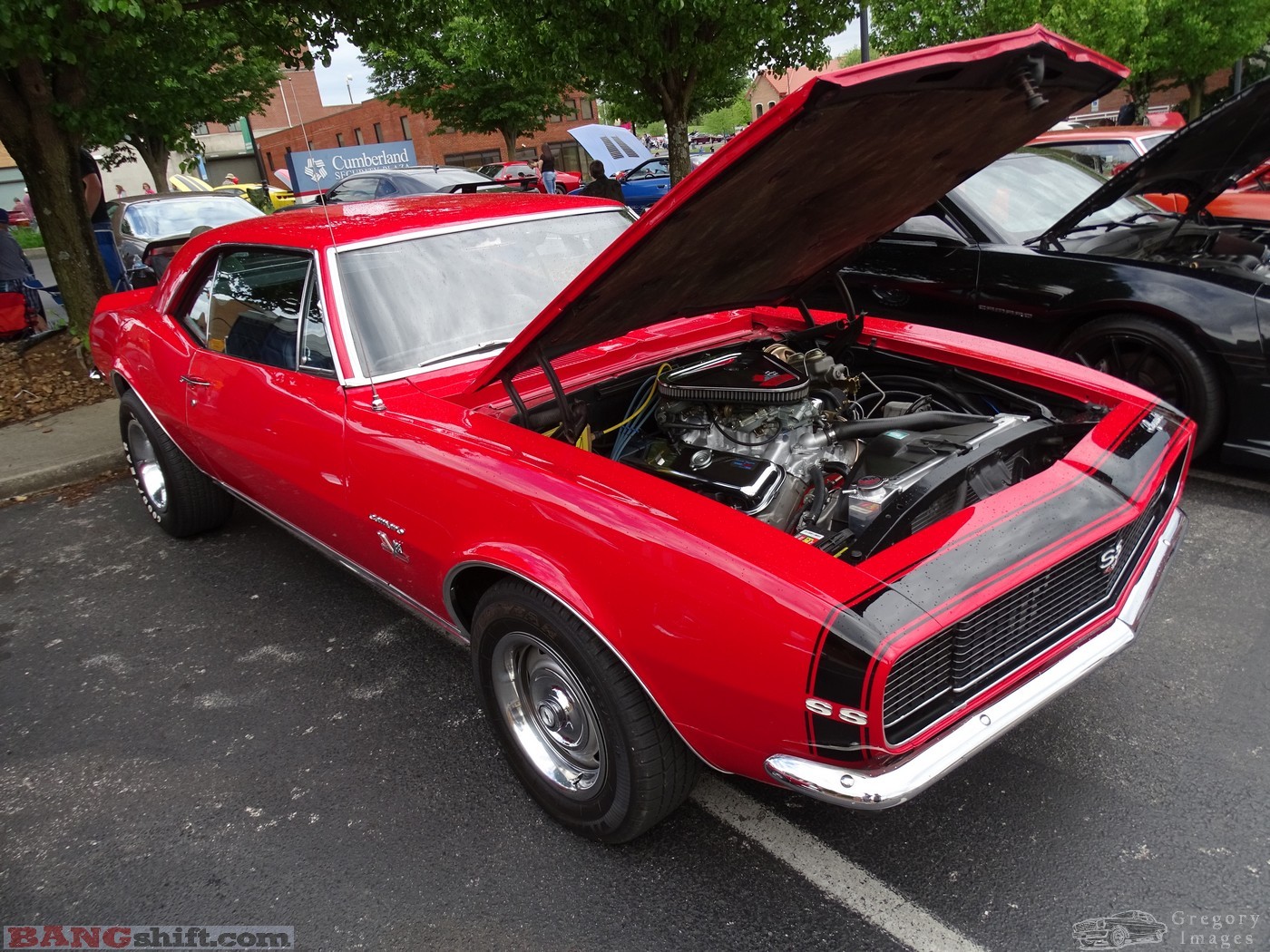 (Words and photos by Doug Gregory) –We hadn’t been to Somernites Cruise in about three years so we were more than overdue.  Since my car is still resting on jack stands we just drove down in the daily.  Skies threatened off and on and it did sprinkle just a little, but any real rain stayed away.  Here in Kentucky we are on our way to another record year of rainfall and that means we’ve had precipitation nearly every weekend.  This near break in the cycle brought a lot of folks out to stretch their legs and blow the cobs out.  1,084 cars registered and those cars came in all afternoon.  As we walked around it seemed there never was a time when some vehicle wasn’t making its way in.  The Long Haul award went to Adam Winters of Beverly Hills, CA that drove his ’69 Camaro 2,186mi to Somerset, KY.  Commitment.

For the readers that don’t know – Somernites takes place once a month from April through October.  Activities start Thursday night with a ‘little’ local cruise-in.  Friday afternoon there’s a meet-up at Danny’s Rod Shop just a bit North of town.  Friday night there’s a block party and cruising.  Cruising you say…?  Yeah, this city actually promotes cruising up and down the main thoroughfare with legal u-turns at virtually every signal.  There are shenanigans, but keep things in check or the law will get you.  People sit along the roadway to watch the activities late into the night.  The cruising begins again after the downtown show ends Saturday afternoon.  The main ‘event’ is the gathering in the historic downtown area starting at 1PM.  There’s a swap meet, food vendors, stuff for the kids to enjoy and more.  We walked slow and didn’t get all the way through the cars before folks started leaving to grab a bite before cruising.  I might have talked to some people a little too long and didn’t stay focused on capturing most of the show.  Not sorry.  I had my youngest son with me and it was more about enjoying instead of rushing around.

At every show a platform or make of vehicle is showcased and can enter through a different gate for group parking.  April was Camaro/Firebird month and quite a few showed up and several parked outside their designated area (which is perfectly fine).  I will apologize now for missing the parking lot filled with 2nd-gens.  I saw them, but didn’t get to them before they dispersed.  I didn’t get a lot of 2010 and up.  This I will not apologize for.  I take photos of what I like or what interests me.  Most cars with solid black wheels don’t interest me.  Next time I will try harder to make exceptions.

A few that stood out to me:

Red ’67 SS with the 427 tri-power.  I was told the owner has had this car for several decades and it’s always been a looker.

Red drop-top Firebird with the OHC six.  These cars do not get enough recognition IMHO.

Beige disco Z28.  I thought I had seen every color combination available on these, but this is a new one for me.

A buddy’s recent acquisition – Dale Earnhardt Edition 4th-gen SS.  I took a photo of the raindrops on the fender because this guy is super-particular about his cars and I was shocked the water hadn’t been wiped up.