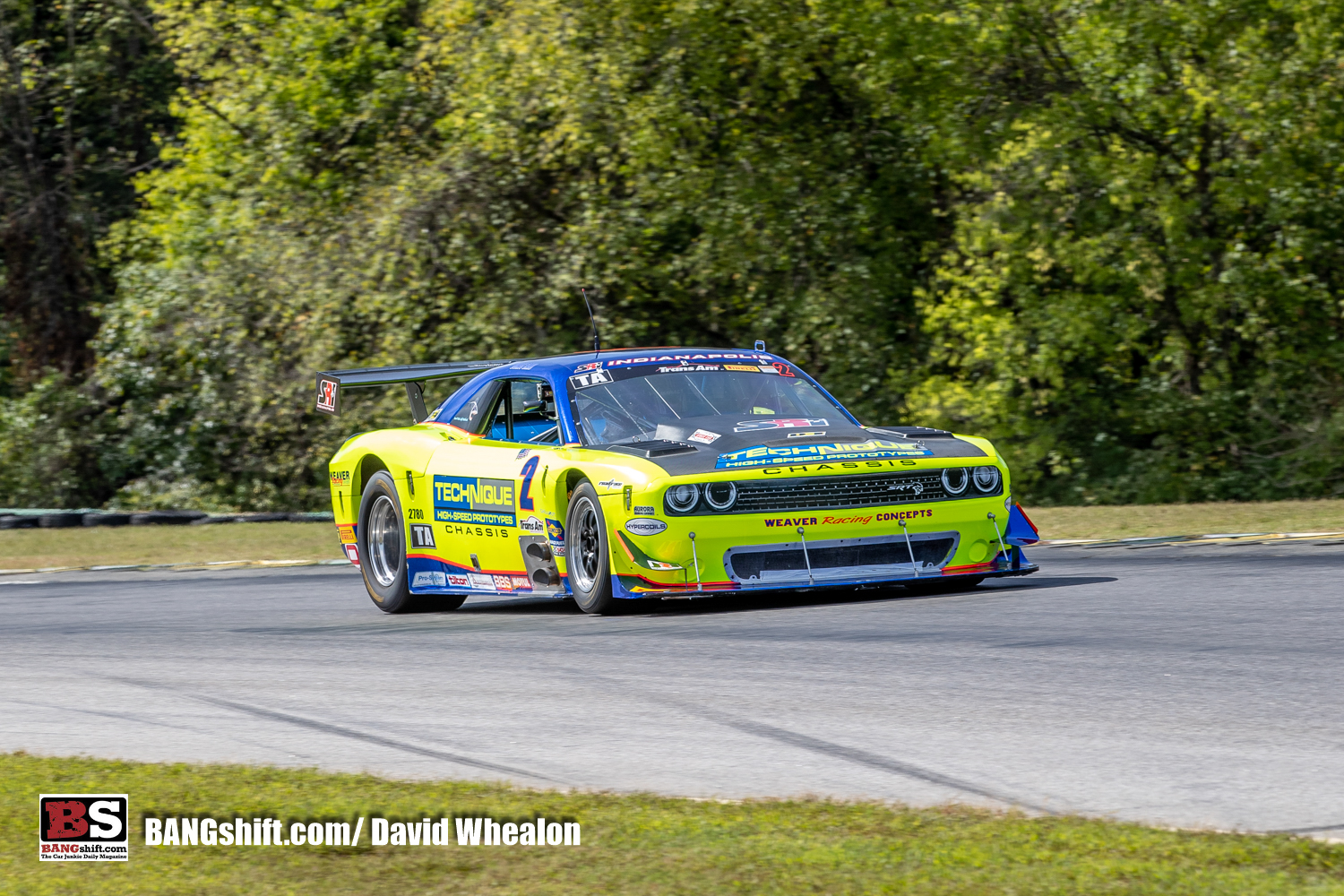 (Photos by David Whealon) – When David Whealon told us that he was headed to the legendary VIR to shoot photos of the Trans Am Series we couldn’t wait to see what came out the other side of his lens. We were not let down as this is some primo road racing action of the variety we like. Big motors, big tires, and frankly big cars. The Pirelli Trans Am series is interesting in the sense that it kind of flies under the radar when compared to stuff like IMSA but it’s bad ass. Remember, SRX slayer Ernie Francis Jr comes from this series and he has been dominant here. The talent level is high, the engines are hairy, and the cars look bad ass attacking this historic road course.

Of course Trans-Am has epic history that begins back in the 1960s and for some really peaks in the early 1970s. There were the little 2.5L cars and then the V8 pony cars that really battled. Parnelli Jones, Mark Donohue and the like. In the 1980s it was guys like Tommy Kendall, Wally Dallenbach Jr, Pete Halsmer, and others slugging it out.

This is one of the most BangShifty racing series in the country. You do not have to be a billionaire to compete, the cars look and sound awesome, and you should definitely get out to a road course near you when they come to town in 2022. We’ll be back with more photos tomorrow.

2021 Duct Tape Drags Action Photo Coverage! Huge Fun In The High Desert At Tucson Dragway All Bolts Are Not Created Equal: This Comparison Between ARP Stainless Bolts And Typical A2 Stainless Bolts Is Interesing