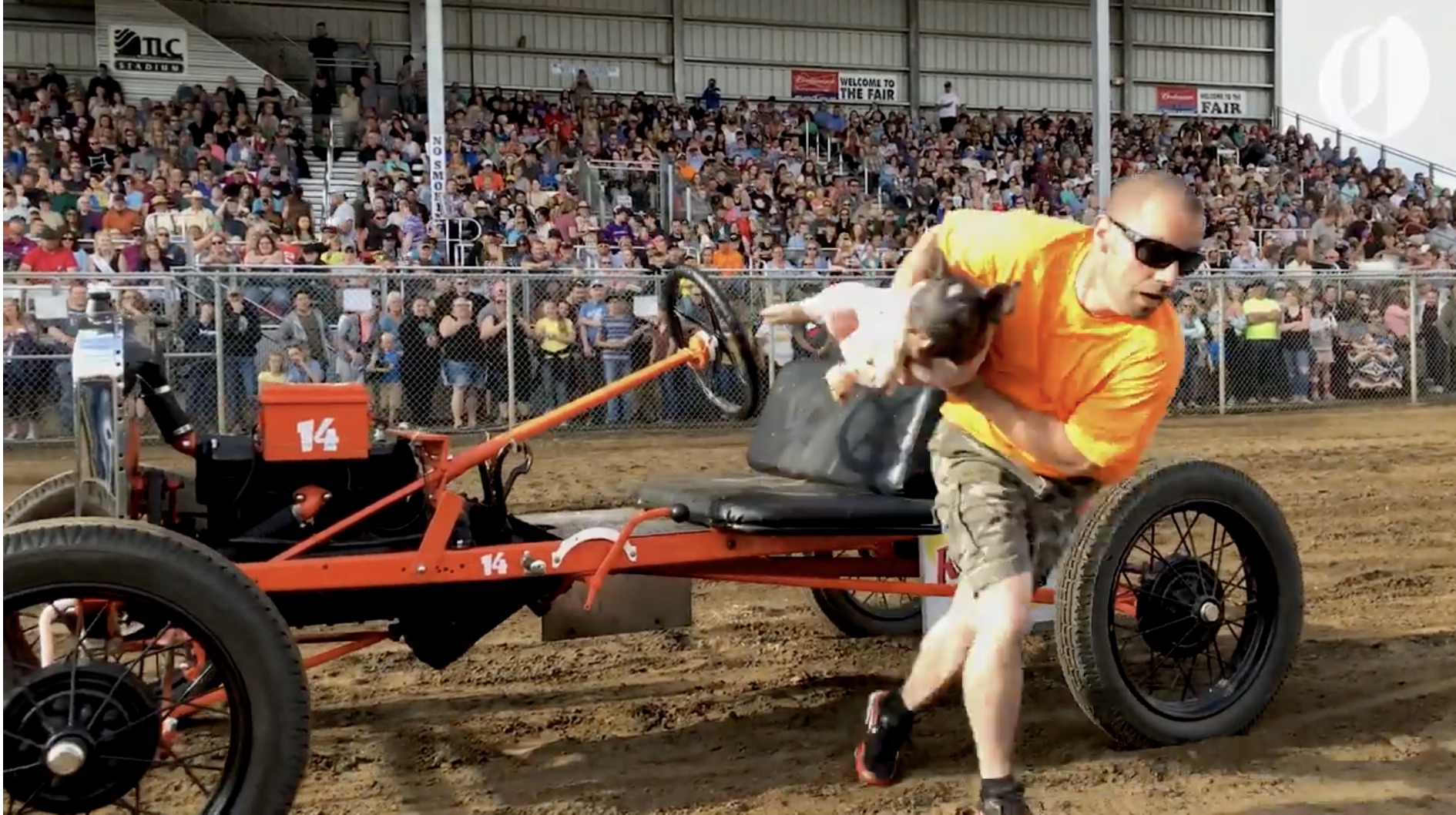 There are two things worth mentioning about Tillamook, Oregon. One involves some very tasty cheeses that is created by the company that serves the Tillamook County Creamery Association, and the other is one of the most unique automotive sporting events to exist in the modern age. Pig-N-Ford racing, which has been going on at the Tillamook County Fair since 1925. The story goes that two farmers were chasing a runaway pig in a Model T and were having enough fun that they offered up the idea as a race for the county fair. Apparently, it was a hit and today, continues to be an attraction.

They still use Model T Fords, stripped down to a bare chassis and still cranked by hand. At the signal, the driver runs over to a paddock and grabs a 20-pound porker, hand-cranks the Ford into life, drives a lap, then stops, kills the car, exchanges for a different pig, and repeats until three laps have been completed. The first to complete three laps is the winner, and races are run twice daily during the week of the fair.

Gravel King: Watch This Porsche 911 Safari-Style Build Get Worked Out On A Dry Lake! Get Your Kicks: The Kingman Rt. 66 Street Drags Are Now Open For Entry!

One thought on “Pig-N-Ford Racing: Win Or Lose, You’ll Be Bringing Home The Bacon”