This Preview Video For The 1935 All-American Soap Box Derby Is Awesome! 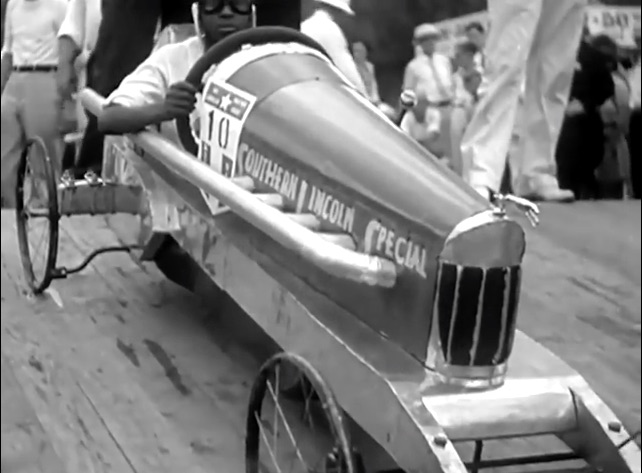 This preview video for the 1935 All-American Soap Box Derby is really fun to watch an it gives us a look back at the wide open nature of an event at its beginnings. The first ever All-American Soap Box Derby was held in 1934 and as you will hear in this clip, the winners were awards a valuable scholarship from Chevrolet for there efforts. The event endures today and is still held on the same 989ft slope of hilly road in Dayton, Ohio that this event was held on. The goals of the event are still the same as well. Get kids interested in engineering and designing, inspire people to find a path in life, and most of all to beat everyone else.

We love this video because in today’s world competitive Soap Box Derby cars have all turned into rather similar looking objects. That’s the nature of any sort of human endeavor. One of the things that human beings do is to make tools and we refine those tools to get the job done. In the case of the derby the tool is the car that the kids drive. In 1935 there was no “right way” yet and you’ll see that showmanship was still alive and well in many entries, especially the one we have in the lead photo.

We’re happy that the event is still going on and that it still draws thousands upon thousands of people from around the country to compete and perhaps sparks the fire that creates a new and brilliant group of wrenches, thinkers, and engineers for the future. This is a fun and quick watch.

My Kinda of Dually: This 2003 Chevrolet Is A Duramax Powered, Single Cab, Stick Shifted, Unicorn Of A Truck It Means "Summer": This 1973 Chevrolet Veraneio Is A South American Rarity!

2 thoughts on “This Preview Video For The 1935 All-American Soap Box Derby Is Awesome!”