Primal Scream: Listen To This Datsun Inline Six Wail Out 300hp On The Dyno

Jan 03, 2017Brian LohnesApex Video, BangShift APEXComments Off on Primal Scream: Listen To This Datsun Inline Six Wail Out 300hp On The Dyno 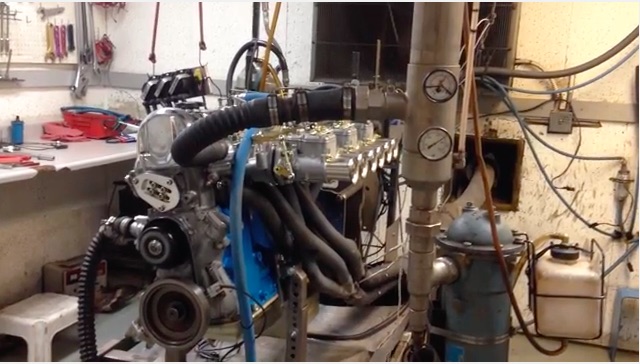 Often time we run dyno videos of engines making thousands of horsepower and torque by the truckload. This is not one of those engines, instead it is a pretty tame but also fairly impressive street mill that currently propels a vintage 1970s Datsun Z-car down the road with about twice the power it had stock. While there are no specifics about what has been done to this engine, we’re guessing the good old, time-proven hot rodding tricks have been applied. More air flow coming in, more camshaft, more compression, more efficient cylinder head, etc.

The L-series of Datsun were long running and highly successful. Encompassing a series of four and six cylinder engines that were produced from the middle 1960s until the later parts of the 1980s. If you can believe it, the engine was patterned off of the Mercedes engines of the day because Mercedes had a licensing deal with the Prince brand that Datsun produced. The Prince cars used a four cylinder inliner an the L-series was an outgrowth of that program.

Inline six engines, with some exceptions are typically working engines. Outside of killer creations from the likes of BMW and Jaguar, the inline six is largely a yeoman engine. Millions of pickup trucks and “standard cruising model” type cars were powered by them. This particular engine with its increased performance must be really fun in the Datsun. We may have expected more torque from this one but with the hot rodded valve train, the cam may favor upper RPM horsepower over low RPM torque.

A classic tradeoff for sure.