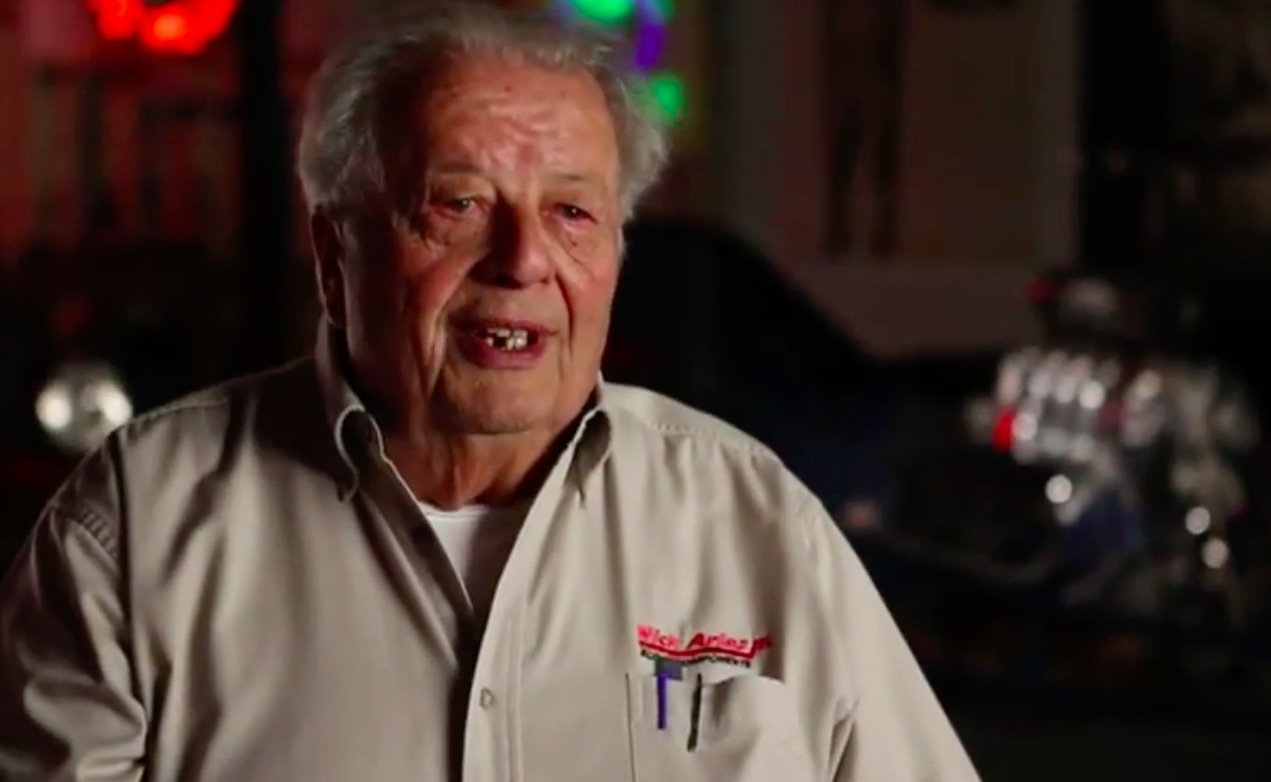 The legendary Nick Arias Jr. has died. Arias was a huge figure in the world of racing and high performance and lived what he often called “The American Dream” when speaking about his life. Growing up as a car crazed kid in Southern California, Arias was a stand out young mechanic and a born hot rodder. He attended what is often referred to as “the first drag race” in Goleta, California during 1949 and from that point forward, the hook was set.

As a young man he worked at Wayne Manufacturing a company that was on the bleeding edge of cylinder head and speed part technology in the 1940s and early 1950s. It was incidentally located next door to piston business run by Frank Venolia. He formed a car club, he went and served the United States during the Korean War, he was laying the foundation for a career that would change the worlds of drag racing, tractor pulling, boat racing, and pretty much every big horsepower motorsports on Earth before he was done.

After the war he raced on the dry lakes, worked at Venolia Pistons and spent his days learning and thinking. Those years of gathering up information would be applied full force when he went into business for himself in 1969, opening the Arias Piston Company. All the years on the dry lakes, at the drag strip, and in the machine shop, all of that accumulated knowledge was now brought fully to bear. The company is still making pistons today.

1972 would be the year that Arias released the signature product of his life. The Chevy Hemi that for decades would be known as the Arias Hemi was his masterwork. It was first released in its massive 10-liter form and quickly began dominating the worlds of tractor pulling and boat racing. The smaller 8.3L (498ci) engine was devised for drag racing, specifically top fuel competition. Taking advantage of some advantages the Chevrolet big block design had and radically changing the cylinder heads Arias created a horsepower monster. His basic design is still used in thousands of drag racing cars of all shapes and sizes around the world.

Over the years he added a heavy duty four cylinder engine to the company’s line up along with hemi heads for a bunch of engines family from small block Fords all the way to the modern LS. In fact, the modern LS hemi heads are some of the most awesome speed parts one can buy today. Arias was also huge in the development of the New Century Aluminum block among other projects.

Arias loved racing on the dry lakes, he loved the high performance industry, and he loved what he did. He was an active part of the business until the end and that is certainly not because he had to be there everyday but because he loved it so much. We should all be so lucky.

Nick will be missed but his name will live on though the innovative and high performing products his companies still produce.

Primal Scream: Listen To This Datsun Inline Six Wail Out 300hp On The Dyno In-Car Video: Watch Larry Larson Spin His Truck Out On Purpose After The 'Chutes Get Tangled In Australia