Professional-Level Sleeper: Alfa Romeo 164 ProCar V10-All The Fun Of An F1 Engine In A Sedan! 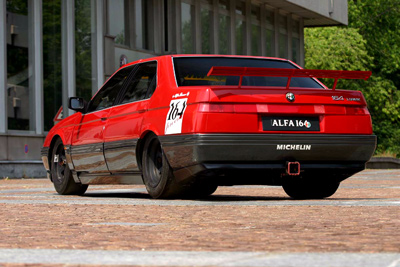 We dig sleepers here at BangShift. But what constitutes a great sleeper? The ability to blend in and the ability to pull off the ruse with little to no hint of what is actually going on. Depending on performance, there might be room for adjustments. It’s one thing to hear a V8 from an S10, for example, but when it’s ripping nines at the track, it’s still a sleeper. When you hear blower whine from a Buick Regal GS, it’s nothing new, but when it’s dragging modified Camaros like nothing is wrong with the air conditioning on, that’s something.

So what does it take for an Alfa Romeo 164 that looks like it was pulled from a Touring Car class to be classified a sleeper? F1 technology. The body would be true to the production car, but underneath you got everything from F1 that made life worth living: chassis, suspension setup, and that screaming motor. In 1988, FIA was considering a touring car class called ProCar, which these beasts would race. Since Alfa had Brabham Racing under the corporate envelope, they built one chassis based on the 164, complete with removable nose and tail cones, but perfectly set up to resemble a 164 when put together, including body gaps. The engine was a 3.5L V10 that was mid-mounted. Packing 620hp in a car that weighed about 1700 lbs. at the heaviest, the Alfa would shriek it’s way to 211 mph, all while looking nothing more than a slightly tricked out sedan. 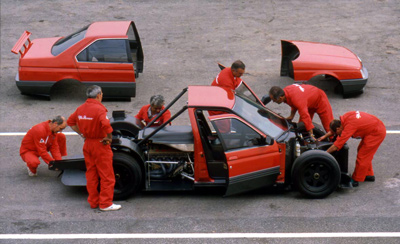 ProCar never did get off the ground, since no other manufacturer would develop a car. What is very interesting to note about the 164 is that the car actually had less aerodynamic drag than the typical F1 car that was racing at Monza the day they showed it off. Had it been allowed to compete, it would have been an outright threat to the single-seaters. The FIA actually feared that ProCar and the touring cars would steal away revenue from F1 and cancelled the series, and did not bring it back until 1993.

PRESS PLAY BELOW TO SEE THIS AWESOME MACHINE IN ACTION –

2 thoughts on “Professional-Level Sleeper: Alfa Romeo 164 ProCar V10-All The Fun Of An F1 Engine In A Sedan!”