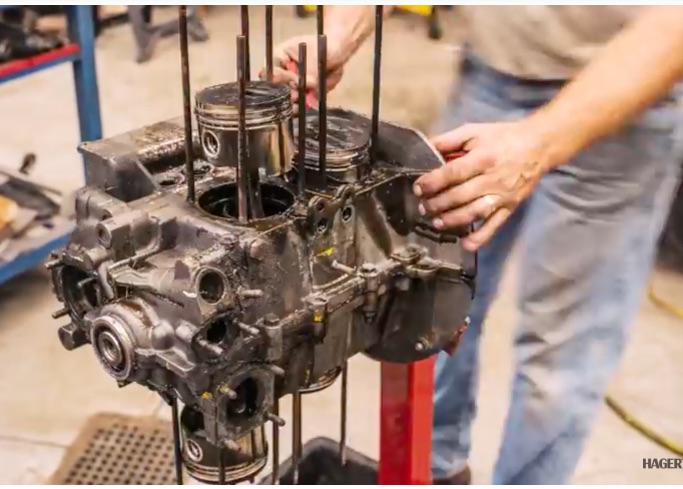 Hagerty has really been killing it with their series of time lapse engine rebuild videos. They have done a bunch of classic engines so far but this time they are doing something a little different but no less cool. Rather than an iconic mill known for big horsepower, they went with the rebuild of an iconic VW flat four. One of the most compact, interesting, tough, and high volume engines ever produced, these things powered millions and millions of cars dutifully for more than a half century. There will be running examples of the VW flat four when the end times come. They’ll literally be here forever.

We get to see every inch of this process from pulling the greasy lump out of the car to disassembly, machining of parts, and the reassembly. Heck, we even get a bonus carb rebuild thrown in to this video for no extra charge! It is pretty awesome to see how much people love these engines. From the guys that hit them with turbos or blowers at the drags to those dedicated land speed racers still pushing the envelope of performance on a platform that debuted with 36hp to putter Beetles around with, they are tough and cool.

If you have never seen one of these engines come apart or go back together again, thank Hagerty for this all expense paid tour of these VW guts!

Hilarity: Once Upon A Time in Monterey - The Car Bros Actually Enter Monterey Car Week Events - This Rules Watch This Wild Video Of A Train Cruising The Streets Of Chicago

5 thoughts on “Redline Rebuild! Watch These Guys Perform The Rebuild Of An Iconic VW Flat Four”