Dreary Days: This Review of The 1982 Plymouth Reliant Is Pretty Depressing From Top To Bottom 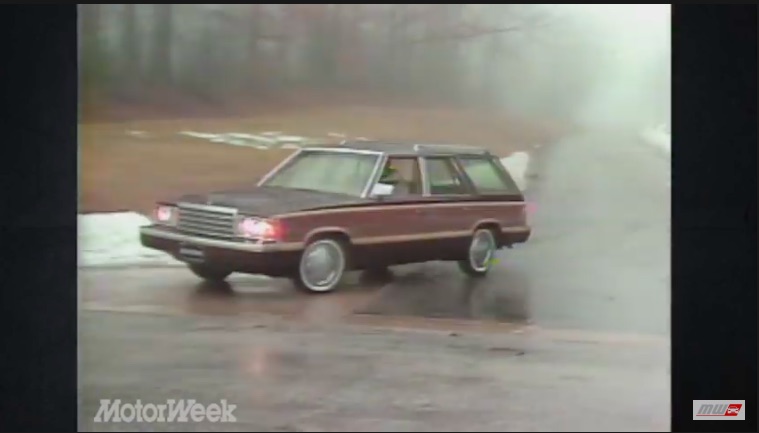 From the tone of John Davis’ voice to the weather the car was being driven in, to the actual car itself, this MotorWeek review of the 1982 Plymouth Reliant wagon is just a depressing look at what the automotive scene was in 1982. For starters, we’re fairly certain no human woke up in that era and said, “Can’t wait to get down to the local Dodge dealer and buy a K-car today!” People bought the K-cars on price and because they did, Chrysler survived. The machine was 100% necessary to save the company it just wasn’t an automobile people aspired to own. It’s was like you bought on because you had to, not because you wanted to.

If you can believe it, this little wagon is touted as the “largest front wheel drive car for sale in America today…” and that’s pretty wild. If you are a normal sized human and have ridden in a Plymouth Reliant you know that there’s nothing big about it. From the anemic 2.6L Mitsubishi four banger to the brakes that just weren’t fantastic, the car here is exactly like the day it is being driven in. Uncomfortable, gray, depressing, and hopefully a sign of better things to come.

For Chrysler those things did come with its true resurgence in the 1990s. But to get there, they needed the K-car to sell, and sell it did. In spite of itself.

Vintage Film: This 1950s Gulf Oil Short Gives A Glimpse Into How Small Wells Filled The Pipeline So Uncool It's Actually Cool? The BMW 2-Series Active Tourer Is An Interesting Next Step For Piston Powered BMWs

3 thoughts on “Dreary Days: This Review of The 1982 Plymouth Reliant Is Pretty Depressing From Top To Bottom”