Best of 2019: This Footage Makes Us Want To Run Our And Buy An Allis-Chalmers Terra Tiger! Amphibious 6×6 Fun

Dec 01, 2019Brian LohnesBangShift XL, HISTORIC, Videos, XL VideosComments Off on Best of 2019: This Footage Makes Us Want To Run Our And Buy An Allis-Chalmers Terra Tiger! Amphibious 6×6 Fun 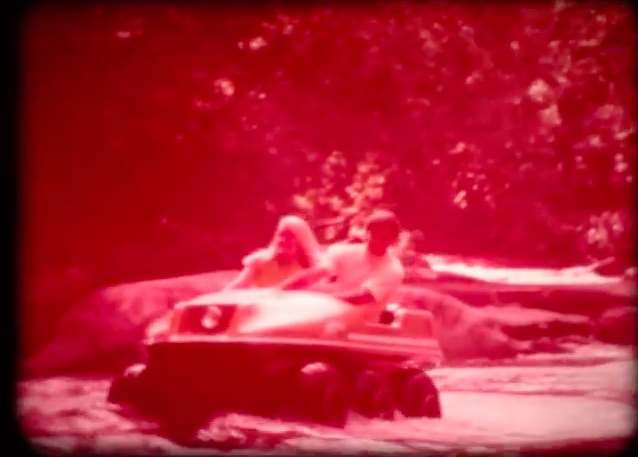 Many of you out there are familiar with the Allis Chalmers brand of tractors that were staples (and in many cases still are) on farms across America. As loyal as car people are, we’d argue that tractor people are even more rabidly so. Those men and women picked a brand and rode it right until the end. In the later parts of the 1960s, tractor companies tried some stuff to see if they could wrench some more money out of the pockets of their famously thrifty customers.

One of the things AC did was build this bad ass little amphibious 6×6 called the Terra Tiger and they made it (as best we can tell) from 1969-1971 or thereabouts. Powered by either a 10 or 18hp engine, they could go 4mph on the water and looked to be pretty zippy on land. Our understanding is that the engines were 2-stroke Rockwell JLO units. Steered with a handle bar and apparently capable on any surface, the vehicles are shown providing everything from a shooting platform for the user to recreational entertainment in the dunes.

There seems to be some underlying messaging here that having one of these things would make you a hit with the chicks but there’s no way to verify that. Someone at the ad agency AC used to make this film had a thing for blondes apparently. Also, about two minutes in, who else thinks that the cows were all, “Hey, who is this crazy son of a bitch chasing us around?!”

We’re guessing that these were not a huge sales line for the company with only a three year run. There are a shocking number of videos showing restored and even “barn find” Tigers out there. We want one!