When The Germans Fought Back: This Review Of The 1989 BMW 535i Is A Fun Look Into The Past 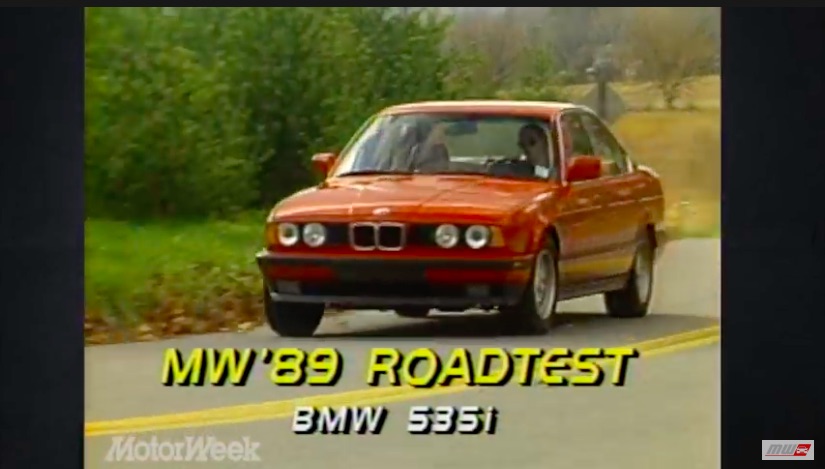 It was 1989 and the executives at German car companies were sweating…profusely. Why? Much like the fictional characters on the show “Game of Thrones” they knew a massive threat was coming and were basically just waiting for it to show up. No, it wasn’t the white walkers as much as it was going to be “affordable” luxury cars from the newly launched luxury brands of Japan. Lexus, Acura, and Infinity were all born and bred to take on the German nameplates and carve off some of their marketshare.

But Germany did not sit idly by. Knowing what was going to be at their doorstep they acted with their typical levels of preciseness. The first pre-emptive salvo they fired was this car, the 1989 BMW 535i. There have been many variants of the five series over the years and this one still stands as one of the most handsome. It’s more chunky look and larger physical presence give it more gravitas and frankly we’d love to own one right now.

It would take more than a few years for the famed M5 to show up but this 535i was a strong performer for its day, especially as a new car. With the 7.7 second 0-60 time and the 16.9 quarter mile time, it was a big sedan with some real performance chops.

The car business is fascinating and the emergence of those Japanese brands to take on the German makes is even more so. Amazingly, they’re all still in business and they are all still very, very popular.

A Mighty Wind: This 454ci LS Engine Build Is Force Fed By A Fresh 3.0L Whipple Blower Great Read: This 1981 Sports Illustrated Profile Of AJ Foyt Tells The Story Of The Greatest American Racer Ever