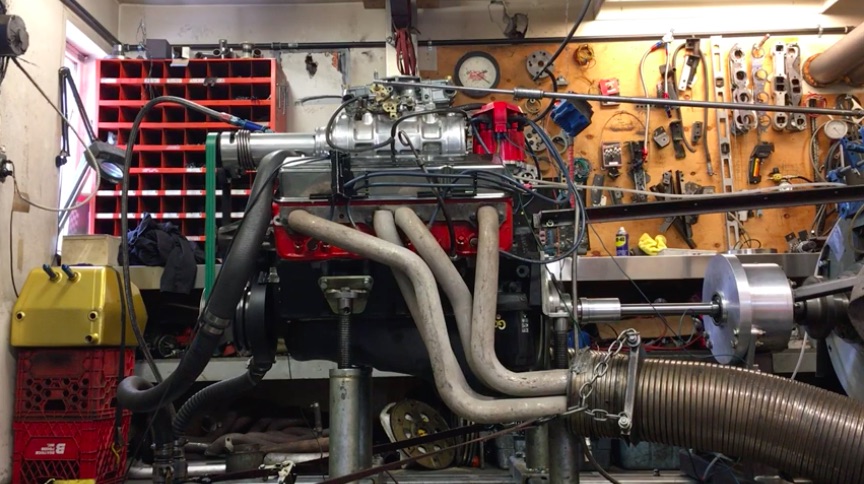 There was once an engine that roamed the Earth in such numbers that many thought it would rule forever. It was compact, it was small, it was light, and it was as versatile and powerful as anything that had ever been created in that sized package. It was called, “the small block Chevy” and by the millions they rumbled and ran powering cars, trucks, and all manner of things.

Then, about 20 years ago, a new engine rose from the depths. An engine that was as good at all the things the small block was great at and better at many of them as well. Quickly the old king was displaced by the new king and everyone just kind of forgot about him. But here’s the thing. The old king may not be in the throne at the moment but he still wields a lot of power and influence and this video is proof of why.

Why run a video with a traditional 327ci small block making 500hp and 500 lb-ft on the dyno with a mini-blower and single four barrel carb? As a reminder that it isn’t rocket science to make ridiculous power these days and that there are a million ways to do it. This engine with all that horsepower, and more importantly all that torque would be and will be awesome in anything from a pickup truck to a classic Chevelle. No CNC ported heads, no Chinese turbos, just a good old fashioned 23-degree headed engine that has been reproduced a million times with similar results.

The chat today is about how 1,000hp is the new 500 and while that is kind of true, there are way more people who can have way more fun with 500hp than 1,000. That’s no a Misprint. This thing makes usable power and at a budget level that even we could afford. The mighty LS rules the scene but let’s no forget who came first.

Nitro Revival Photo Galleries: Nostalgia Greatness, Gassers, Nitro Funny Cars, Top Fuel, And More. When The Germans Fought Back: This Review Of The 1989 BMW 535i Is A Fun Look Into The Past