Oct 22, 2020Brian LohnesBangShift APEX, BangShift NewsComments Off on This Review Of The AMC Concord Is Pretty Forgiving For 1983 – They Called It A Sherman Tank 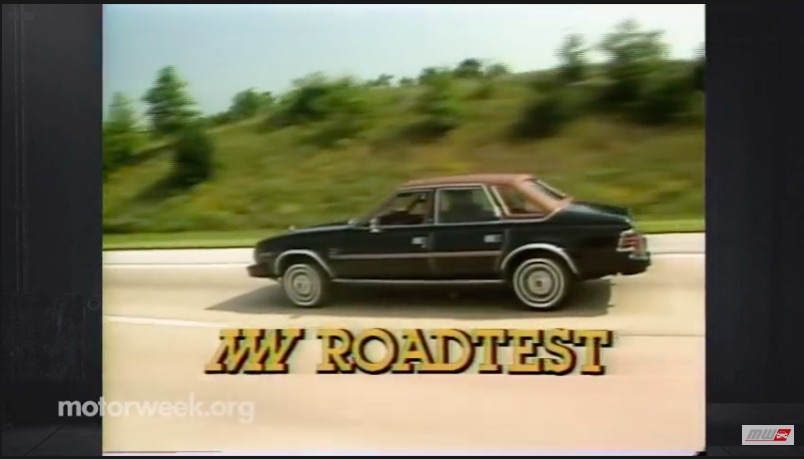 It’s kind of funny how compliments can be delivered, right? Take this review of the 1983 AMC Concord DL Limited. This was the top of the line model that AMC was selling and the whole review is basically one quiet surprise after the other. Surprise at the quality of the car and its performance? No surprise that it didn’t suck nearly as bad as these guys apparently expected it to be. The fact that they were talking it down and basically insinuated that the thing was ancient and they actually refer to it as a “Sherman Tank” before driving the car and giving us the number.

I grew up in one of these cars. The station wagon version, but still an AMC Concord. I don’t remember much of it other than the fact that it had a little tri-color AMC logo on the steering wheel which my dad convinced us was actually an eject button when we got too lippy in the back seat.

Powered by a 4.2L inline six, the car is a total slug running the quarter mile in 20.5 seconds. Nothing about the car is advanced. From the engine to the transmission (a Chrysler three-speed which we’re guessing was a 727 or a 904), suspension and interior, they can’t stop talking about how old the thing is in so many ways. But time and time again here the machine over delivers on their (admittedly low) expectations.

AMC was not long for the passenger car world by this time and that’s evident in the Concord. They were out of cash to make major updates and are clinging to models like this while trying to stay afloat.

I dig this video because the crew was clearly expecting to bury this car but ended up giving it a pretty decent review.

No Mercy 11 Action Photos: Small Tires and Big Traction Make For One Heck Of A Show Check 'Em Out: FTI Performance Has Your Automatic Transmission Needs Handled From Mild To Pro Modified!