Brutal Crash Video: Watch Rex Beach Pile Up A Supermodified At The Copper World Classic In 1997 – Supermods On The Mile?! 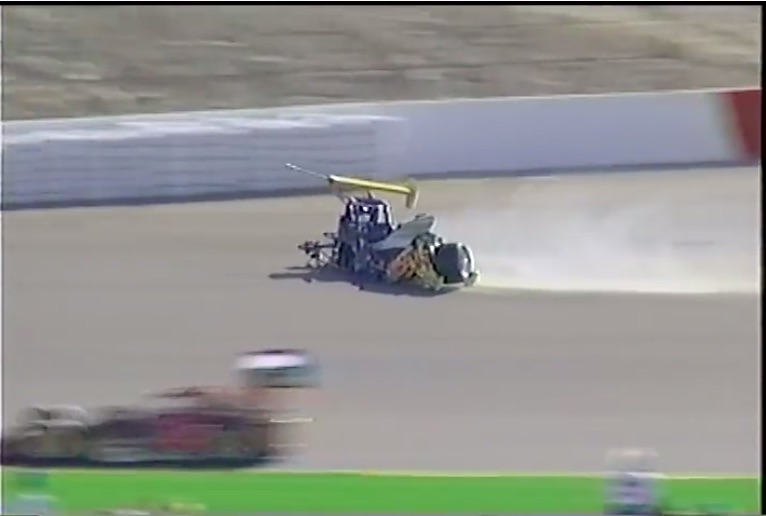 When it comes to brutal race cars, nothing can really tough a Supermodified. Seriously, these things are wild. About 2,000lbs, about 1,000hp, 70% of the weight justified to one side, off-set chassis, a rule book so thin you could sneeze through it, etc. These are truly the baddest ass circle track cars in the world and for a long time they provided a path to the world of IndyCar racing (among other paths). While we do not often hear about Supermodified drivers competing in the IndyCar series anymore, back in 1997 it was pretty common to hear about the guys in these untamed monsters getting a ride at “The Speedway” in May. One of the other things we do not really hear much about anymore are Supermods running on a freaking mile long course.

The Copper World Classic was a staple event in Phoenix for many, many years. It featured multiple classes and styles of circle track competition but the Supermodifieds on the long course were the headliners. These things were clipping 190mph on a freaking mile oval. That is mental and really, really dangerous as the racer highlighted in this footage will demonstrate.

Rex Beach was making his way though the field when he tangled tires with another competitor and went into what can only be described as a horrifying black hole of wrecking awfulness. The car slams into the wall, taking the already off-set chassis and just destroying it. There’s nothing left of the right side of the car and he was going so fast that the momentum carries him down the straight and then backs him into a tire wall super hard as well. To watch Rex Beach pile up a Supermodified at the Copper World Classic is to honestly appreciate the bravery of all the people on that racetrack because each of them was an inch from this at one point in the race or another.

Open wheel cars have a lot of awesome stuff going for them, but the open wheels mean that a single touch is going to send someone into the concrete and this time it was Rex Beach. Beach never raced again after this massive crash.

Video: The FoxJet Was The 1970s Mini-Corporate Jet That Was Set To Change The World, But Didn't Short Wheelbase, Long Crash: Check Out This Mini-Mod Getting Piled Up In Germany

4 thoughts on “Brutal Crash Video: Watch Rex Beach Pile Up A Supermodified At The Copper World Classic In 1997 – Supermods On The Mile?!”