May 19, 2014Brian LohnesApex Video, BangShift APEXComments Off on Ride Along With Jim Pace As He Thunders Around Sebring In A V8 Powered Daytona Prototype – The Sound Is FANTASTIC 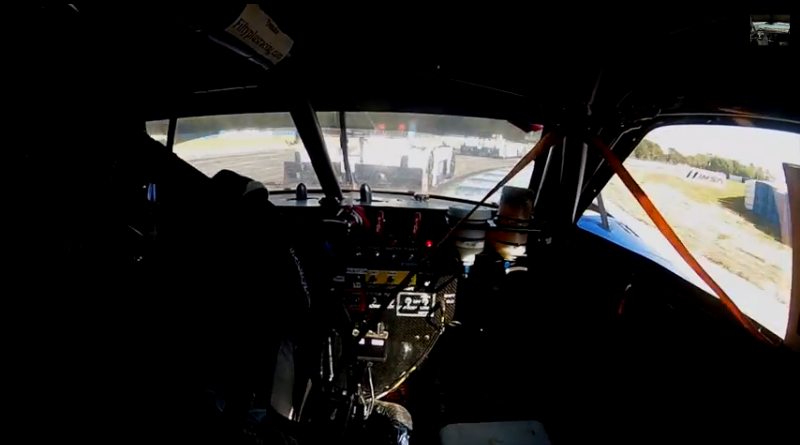 Of all the road racing iron out there in the world today, the cars that compete in the Daytona Prototype class of the Tudor Road Racing Series are among our favorites. They look cool, they aren’t open wheelers (not our favorites) and the ones running V8s sound fantastic. The other cool thing is that there are multiple brands of engines being run in the class to keep things really fun and interesting. Ford, Chevrolet, and even BMW, yes BMW have V8 engines plugged into these Riley chassis and this video features one of the BMW powered cars as it is driven in EXTREME anger around Sebring during the 12-hour event that was held a little while back. Our man Jim Pace is behind the wheel of the car and really making tracks in this clip.

We have seen Jim drive lots of different stuff over the years from historic Can Am cars to stock cars on road courses and other stuff, but this Daytona Prototype is one of the fastest things we have seen him wheel. Wait until you hear him knocking the thing through the gears and dicing it up with the other cars in his class. The racing is really intense and Jim is right there in the pack making things happen. The video starts at speed, literally. The footage is from 20-minutes into the 12 Hours of Sebring and Jim is not exactly “going easy” on the car. This is a race, remember! He’s flat footing, upshifting, and sown shifting like it is the last lap of the race, not among the first.

That least sentence was used to rase a point lots of gearheads don’t consider about this type of racing. The driveline components from the engine back have to survive 12-straight hours of furious abuse, just unrelenting stuff and if they don’t you lose. When you consider that this clip is about three minutes of a 12 hour event, you’ll understand just how strong and robust these parts and pieces need to be. Our junk wouldn’t last 12 hours straight under full throttle and high RPM, we know that!