Racing Royalty Video: Ride In and Watch From Outside Of A 1964 Ferrari 250 GTO At Goodwood

Sep 16, 2020Brian LohnesApex Video, BangShift APEX, BangShift News, HISTORIC, MISC, RACING & ACTION, VideosComments Off on Racing Royalty Video: Ride In and Watch From Outside Of A 1964 Ferrari 250 GTO At Goodwood 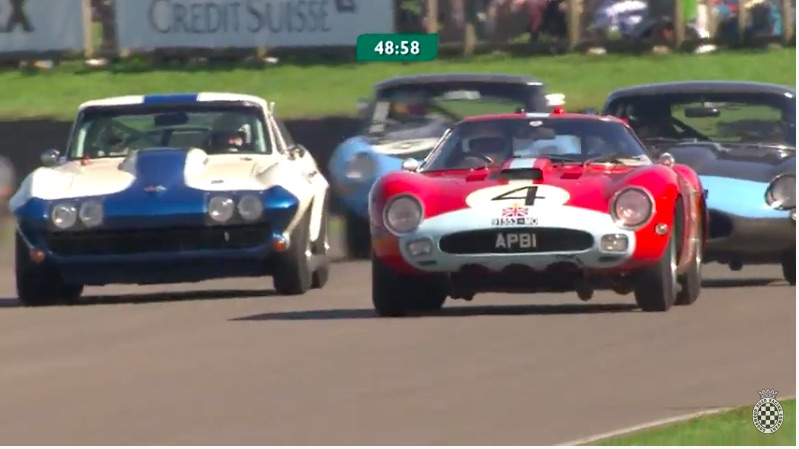 The Ferrari 250 GTO is basically the most valuable car in the world. The limited run of machines from the 1960s were awesome on the race track and they are beautiful to look at as well. The fact that they are powered by the iconic Ferrari V12 is yet another log on the pile of their awesomeness. They’re rarely seen in public setting anymore and they are even more rarely seen actually racing wheel to wheel! That’s what makes this video so awesome. You are going to see a machine that was raced by Graham Hill and others in the 1960s square off with Jags and Corvettes just as it did back then.

You are also going to see what it is like to be the person at the controls of such an animal as there are some in-car shots here that are really awesome.

If you think the car looks weird, it does in some ways. Raced hard in 1963 it was updated in 1964 by Ferrari with this bodywork. So not only is it a rare 250 GTO with racing heritage it is one that was actually updated by the factory to continue racing as a then current year car. How neat is that?!

Press play below to see the gated shifter, to hear the V12, and to watch racing