Ride In The Cab With Rob MacGregor In His Famed Hellboy Truck – A RideTech Equipped Terror! 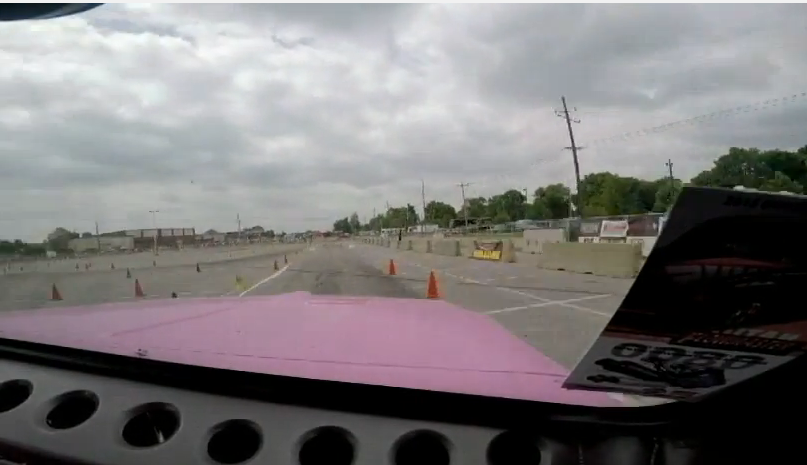 The 1968-1972 Chevy C10 is one of the hottest commodities in the pro touring world right now and Rob MacGregor is one of the guys you can blame for that. Rob was on the bleeding edge of the truck revolution when he built Hellboy, the 1970 Chevy C10 truck that has competed all over the country, even earning a famed “golden ticket” at SEMA to be part of the Optima Ultimate Street Car Invitational. This is a tube frame, LS powered rig that weighs in at just a shade over 3,000lbs. It is low, it is wide, and it will chew up the track like you have never seen a truck do before. Rob is a great driver as well and whenever the Hellboy rolls in the gate you know it is going to be a player.

In this video we ride with Rob on the course at the Indy Goodguys show. The truck is on RideTech TQ coil over shocks and since those four pieces form the brain of the suspension, they really help this truck maintain grip, change direction so quickly, and manage its one and a half ton heft. We’d go on forever but the truck and Rob’s driving really do the talking. Press play below to see both of those things in action!

PRESS PLAY BELOW TO RIDE ALONG WITH ROB IN THE TRUCK –

One thought on “Ride In The Cab With Rob MacGregor In His Famed Hellboy Truck – A RideTech Equipped Terror!”