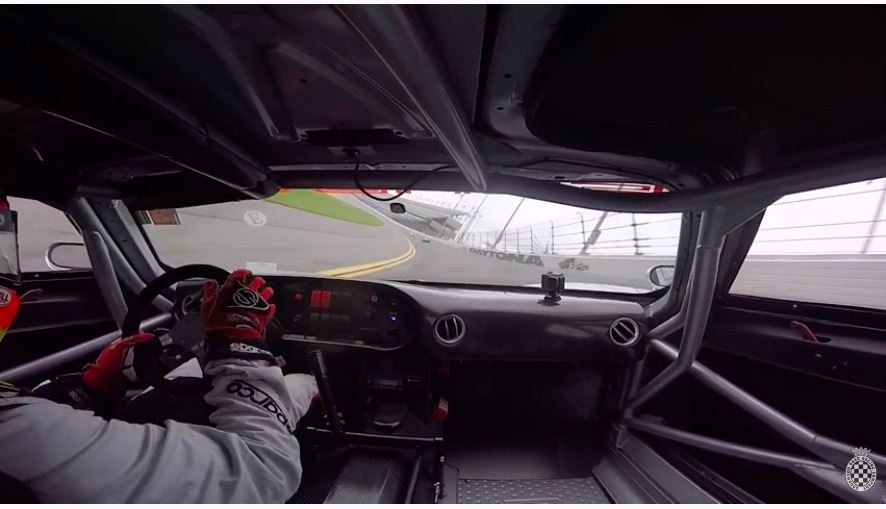 Some people think that the last “real” Ford GT was the Mk7 version that was powered by a 5.4L supercharged V8. The most modern editions of Ford’s hypercar are powered by a twin turbocharged V6 engine and while they make more power, they do not have the noise and the fury that the earlier cars had. We’re not exactly of that mindset but we do value the hairy-chested noise and torque of that supercharged overhead cammer sitting behind the driver’s noggin.

Brad Jaeger and Kody Swanson took this car to the Classic 24 at Daytona and had their fun with it, hunting Porsches and whatever else gets in the way. We love the first pass here. It happens up on the banking of the famed super speedway and when the driver pulls 5th gear he is swallowing German sports car and then pulling 6th he’s gone like the wind.

“Vintage” road racing is not just about guys and girls beating up on old MGs and stuff like that. Many, many modern cars that no longer fall into competitive categories participate in this style of racing and the Ford GT you are about to ride in falls into that category. We have been trying to get to the Classic 24 for years but commitments to the world of drag racing have prevented us from attending. If you love road racing, if you love fast cars, and if you want to see some of the neatest corner benders on the planet, you should get there for 2020. It happens at the end of the year and everyone we have ever known who’s been has absolutely loved it.

2 thoughts on “Blue Oval Roar: Ride In This 5.4L Mk7 Ford GT As It Hammers Around Daytona Swallowing Porsches”